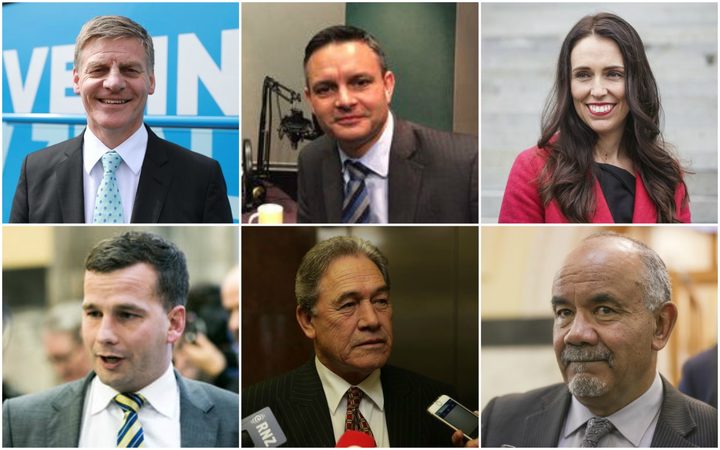 Updated: 7:47am – Power Play – Election day is nearly upon us, and what a campaign it has been.

Three leaders have fallen victim to a fickle public mood and Labour has had the first glimmer of hope in a decade.

There have been record numbers of advance votes from an electorate that seems so much more engaged than previous elections.

Labour is staking its success on young people enrolling at the same time they voted; this is the first time people have been able to do both and Labour is hoping those numbers include a high number of enrolments, disguised within the early voting figures.

National appears confident its attacks on Labour’s economic credibility will now be enough to get it over the line.

But election day merely marks phase one of new government.

As political parties line up possible partners, the dance card of Winston Peters is filling up.

Last month, ACT leader David Seymour said there was no way his party would back any government that needed Winston Peters and New Zealand First’s support.

Now Mr Seymour says his party would work with New Zealand First if that is what National needs to do to form a government.

“If it means keeping the left out, keeping taxes low, would we take one for team? Yes we would.”

Mr Seymour’s focus has been sharpened no doubt by polling indicating neither Labour nor National could put together a government without New Zealand First.

That is on the assumption New Zealand First is returned to Parliament; it needs to poll above the crucial 5 percent threshold or Mr Peters needs to keep his Northland seat.

But New Zealand First and ACT would make uncomfortable bedfellows – to put it mildly – given the open animosity between the leaders.

The Māori Party has taken a page out of Mr Peters’ playbook and has positioned itself as being willing and able to go with either Labour or National.

There has been a backlash from many Māori voters about its nine-year relationship with National, and an alliance with Labour would better mirror the party vote support Labour gets in the Māori seats.

While the Māori Party has history with National, it may be also be considering the risks of joining a fourth term administration, already under pressure for key Māori Party priorities such as poverty and housing affordability.

It has said it would find working with New Zealand First extremely difficult because of that party’s policy on the Māori seats – but a government containing both is still an option.

National leader Bill English says the Greens have effectively ruled themselves out of working with National, but he’s left the door open a crack for co-operation in some areas.

Labour has ruled out ACT and National, but could negotiate with the rest of the parties in Parliament.

Winston Peters’ obstinate refusal to ever reveal a favoured post-election partner has allowed him to claim the ‘kingmaker’ role, even though 2005 was the last time that actually happened (‘queenmaker’ in that case).

“I’m not going to sit here and listen to ridiculous questions in this campaign anymore; I’d like you to ask about things that are actually important.”

No-one is willing to call the result of this extraordinary election.

One outcome no-one should be putting money on after Saturday is a grand National/Labour coalition – apart from that, all bets are off.

Almost 30% of leadership positions in the Civil Service in Fiji...