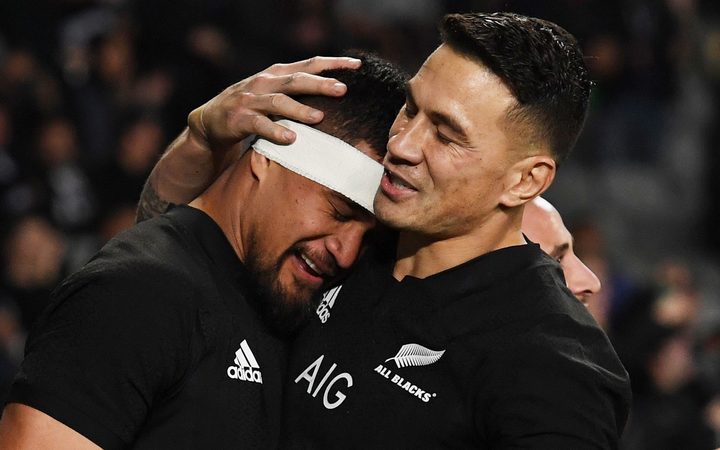 UPDATED: 7:10am – The All Blacks are looking to unleash a “beast” against Argentina in their Rugby Championship clashin New Plymouth tomorrow night as they seek to continue to build depth and put pressure on a resurgent South Africa.

Coach Steve Hansen had promised to experiment with his team and duly made seven changes to his starting side for the match.

With Liam Squire rested from the side that beat the Wallabies in their opening two matches and Jerome Kaino still out as he deals with a personal issue, Hansen handed rookie loose forward Vaea Fifita his first start.

“I want to see a real physical beast that we know he can be,” Hansen said of the 25-year-old, who now weighs 116kgs having put more than six kilograms onto his 1.96m frame since being in the All Blacks setup.

“He is physical, he likes being physical and that’s not something you can coach.

“It’s quite handy to have someone in your team like that, because it usually puts the fear of God in the opposition, if they’re good at it, and we’re hoping he’s going to be.”

In other changes to the team that beat Australia 35-29 two weeks ago in Dunedin, winger Nehe Milner-Skudder was the most noteworthy return after an injury-plagued two years.

“Been a little bit frustrating with injuries,” said Milner-Skudder, who has not played a test since the 2015 World Cup final. “But to be here and to be in the mix for Saturday, I’m extremely proud and fizzing.”

Argentina coach Daniel Hourcade has also made several changes to the team that lost 41-23 to the Springboks in Salta two weeks ago as he also manages player fatigue.

The country’s Super Rugby team, the Jaguares, are effectively also the national side and the week-in, week-out grind of the southern hemisphere competition has taken its toll.

Since the Jaguares entered the Super Rugby tournament in 2016, Argentina have won just five of their 18 tests with victories against France and an out-of-sorts South Africa last year the only results of note.

Hansen, however, said he would ‘hate’ to have the travel schedule the Pumas now faced each year.

The Pumas have never beaten New Zealand in 24 attempts, typically pushing the All Blacks for the first hour before the world champions kick away.

“They are a good rugby team,” Hansen said. “If you don’t respect them, and don’t turn up ready to go, then they are capable of causing you problems.”

NATIONAL NEWS:- Death of a migrant: Under the table workers building...