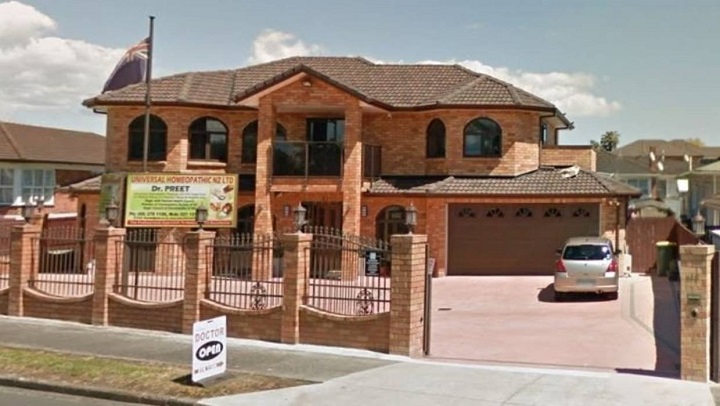 A homeopathic consultant could be misleading the public by calling himself a doctor, according to the Ministry of Health.

Signage outside the business on Great South Rd says “doctor, open” surrounded in small print and its website refers to Rehan as “a qualified homeopathic consultant and well-known doctor”.

However, it was illegal to claim to be a health practitioner of a particular type if unqualified in that field under the Health Practitioners Competence Assurance (HPCA) Act 2003, Ministry of Health chief legal advisor Phil Knipe said.

A level 10 tertiary Doctoral Degree was required to obtain the title ‘doctor’ in New Zealand.

Rehan said Dr. Preet was simply a nickname to avoid confusion over the pronunciation of his name, but he was free to use the title as it had been awarded to him in India.

“Why is it a problem?” he asked Stuff.

He dismissed claims clients could be misled to believe he was operating a medical practice as his signage stated he was a homeopathic consultant.

He was happy to clear any confusion if asked by clients, he said.

He spoke with Medsafe to clarify he was exempt from the HPCA Act as he was not prescribing drugs when he set up business in 2007.

“We use homeopathic remedies. I am trying to help people.”

The HPCA Act also states a person falsely claiming to be a registered health practitioner could be prosecuted and fined up to $10,000.

“While persons often use the title ‘Dr’ or ‘Doctor’ to reflect their academic qualifications, they need to take care of how they use the title,” Knipe said.

Medical practitioners should also be registered and have a current practicing certificate.