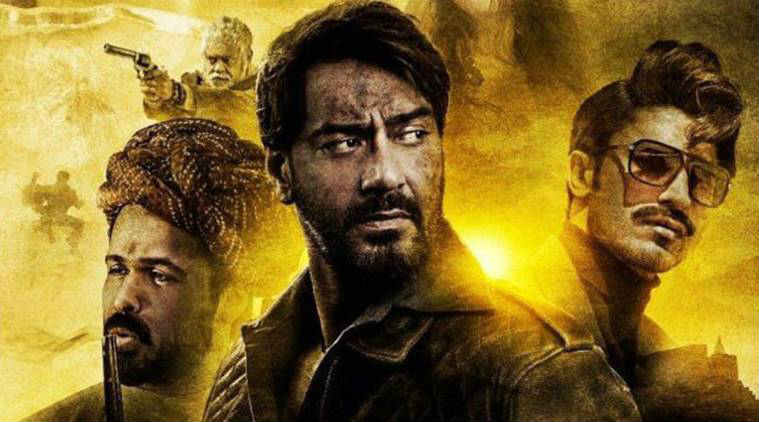 UPDATED: 6:21am – Baadshaho box office collection day 4: Baadshaho is doing well at the box office. On its opening weekend the film has accumulated Rs 43.30.

The film had started with Rs 12.6 crore on its opening day and had a good weekend. But now the real test is whether it will stand ground over the week.

Baadshaho is doing well at the box office. On its opening weekend the film has accumulated Rs 43.30. Released across 3242 screens out of which 2800 are domestic and 442 are overseas, the film garnered a collection of over Rs 12 crore on its first day. The film had a good weekend. But now the real test is whether it will stand its ground over the week. It is almost certain that the film’s collection will drop at least a little.

This Milan Luthria directorial has a multi-star cast with names like Ajay Devgn, Emraan Hashmi, Vidyut Jammwal, Ileana D’Cruz and Esha Gupta and should continue to lure a number of moviegoers, having a decent week, all things considered.

Baadshaho is set during the Emergency period and is a heist thriller. On its opening day, the film started with Rs 12.6 crore. On Saturday, its collection jumped to Rs 15.60 crore and on Sunday film maintained momentum with Rs 15.10 crore. Trade analyst Taran Adarsh tweeted the number and said, “#Baadshaho fared well in its opening weekend… Fri 12.60

Indian Express film critic Shubhra Gupta had given an average review to the movie. “The women are decorative. D’Cruz is togged out in regal chiffons, one of which remain spotless through the long proceedings.

Her make-up stays intact too. Gupta’s role (she hangs out with the three ‘khazana chors’) seems to have been created simply to include a second pretty face.

But we don’t blink, because we know these are all masala movie imperatives,” she said.

Trade Analyst Girish Johar had predicted a good run for the film. He had said, “Ajay Devgn’s film will definitely be the highest earner this week with a double digit opening on the first day.”

Next is Commonwealth Games for National 7s team

National MP Simon Bridges has railed against the government’s move to...