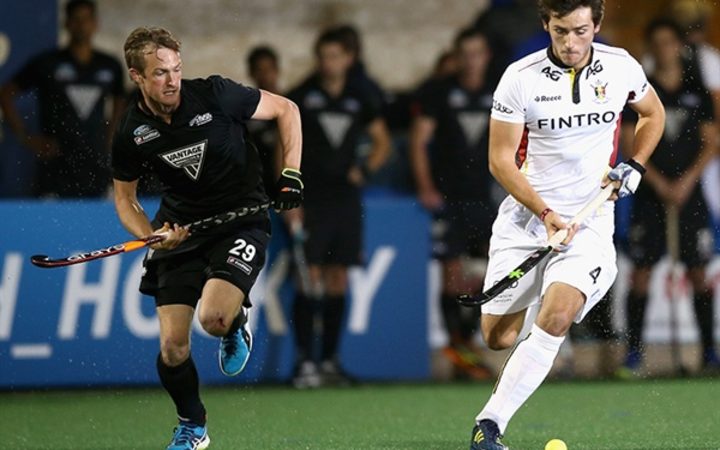 Update: 7:24am – The New Zealand mens hockey team have been beaten 2-0 by Belgium, ending their hopes of making the semi-finals at the Hockey World League in Johannesburg.

The Belgium side who won silver at the Rio Olympics last year made a fast start to the match, Sebastien Dockier scored in the third minute before Tom Boon scored the second in the fifth minute.

Belgium now go through to the semi-finals while The Black Sticks face Egypt in at 5th/8th classification playoff on Friday.

The loss also means The Black Sticks have failed to qualify for the Hockey World League Final in India – but they can still nab a spot in the Hockey World Cup next year by winning their next two games and coming fifth at the tournament.

Team coach Darren Smith said Belgium who are ranked fifth in the world, put on a tough match.

“We had a tough start conceding two early goals but I thought we responded pretty well, especially on defense.

“Belgium are a great side full of skill and ability but we still managed to create chances and had we been able to put some of those into the net it might have been a different story,” Smith said.

He said the team is disappointed not to make the semis but the focus is now solely on the next game against Egypt.

89 users of a gym the Les Mills gym in Takapuna...