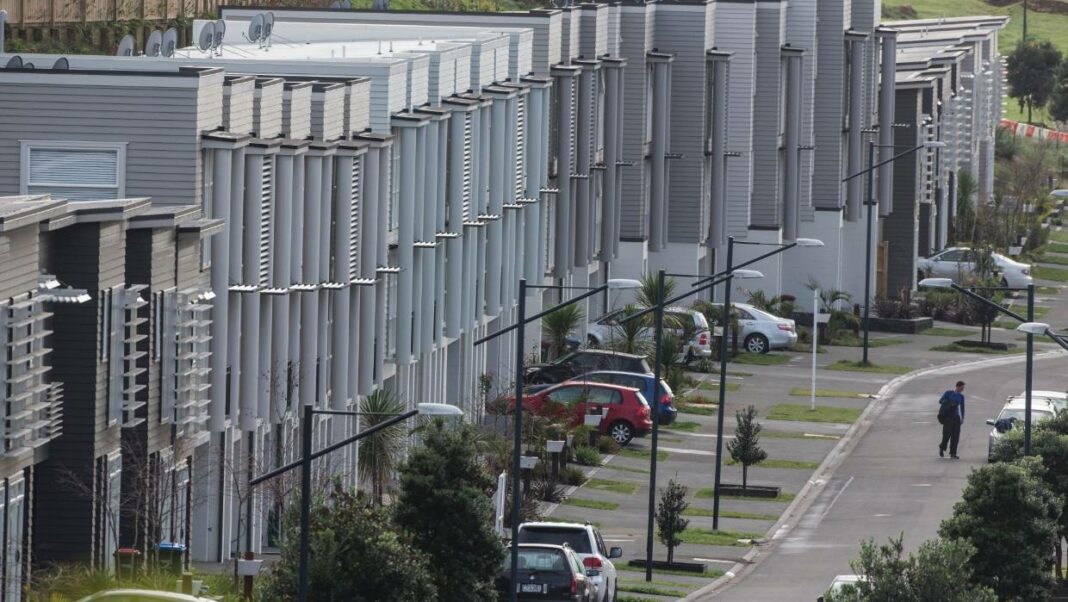 Wellington woman Chrissy Brown has given up on her dream of homeownership… for now.

She is working full-time and earns $47,000 a year, or $2400 a month, which she said left just enough money for rent, bills, toiletries, transport and “general womanly maintenance”.

“I would love to own a house one day, because renting can be frustrating and sometimes you can get kicked out of a flat with only 42 days to find a new home, but in my current situation I literally don’t understand how it’s possible or where to begin with no financial headstart behind me except my KiwiSaver but with house prices being so high and no partner or any other spare income to help me with a deposit – I literally just can’t do it.

“The idea of saving to buy a home is impossible and it just seems like saving for a deposit for a home is such a huge mountain that I just cannot climb right now or ever.”

The latest round of housing market data doesn’t offer much good news for Brown – and it seems others like her are giving up on the prospect of ever owning.

QV has released its latest data for November, which shows the average value nationally has increased 3.3 per cent from November 2018, and is now $704,072.

It comes as data from research firm Ipsos showed 61 per cent of 610 New Zealanders surveyed said they felt the could not afford to buy a house in their local property market, compared to 42 per cent internationally. Of them, 61 per cent did not expect that to change.

Those aged under 35 years were least likely to think they would be able to afford to buy a home in their local market, at 29 per cent. People earning less than $50,000 a year were similarly pessimistic.

But the QV data indicated no let-up on the horizon – momentum seemed to be building again.

The national annual growth rate was the strongest it had been since November last year.

“The strengthening in property values over the past few months has been reasonably broad-based around the country, with Auckland’s mini-downturn, for example, now looking to have passed, and other areas remaining buoyant,” Corelogic senior economist Kelvin Davidson said.

In Auckland, QV, said, the central suburbs of Grey Lynn, Westmere and Pt Chevalier were so short of listings that real estate agents were approaching owners and asking if they could show potential buyers through, with the hope that a good offer would persuade them to sell, QV senior consultant Hugh Robson said.

In Wellington, where prices lifted 3 per cent across the region in three months, and 7.3 per cent over the year, there was a noticeable shortage of properties.

​”It’s not just the entry-level end of the market that is strong in Wellington; the mid and upper level is also performing well,” spokesman David Conford said.

Christchurch property values increased 1.9 per cent year-on-year to November but 1.7 per cent in just the last three months. The average value of a residential property in Christchurch is now $504,952.

QV said that was being driven by low interest rates and good affordability for first-home buyers and property investors.

Davidson said the market was building further momentum moving into 2020, “most notably because of the eased mortgage serviceability tests used by the banks. Indeed, this easing has had a significant and immediate effect in terms of allowing more borrowers to access finance, and mortgage lending activity in October was $550m higher than a year ago – an impressive result.

“However, the solid economy – especially low unemployment – and favourable mortgage rates are playing a key housing market role too. Given the strength of the incoming data on mortgage activity and property values, the Reserve Bank will most likely feel very comfortable with their decision not to loosen the loan to value speed limits”.

Economist Shamubeel Eaqub said the sentiment that people would not be able to buy could also be driven by recent rapid increases in house prices outside the main centres.

In Auckland, the median house price is now about 8.8 times median income.  But in Northland, it’s almost six, Bay of Plenty and Otago about 6.5 and Gisborne 5.2.

Infometrics economist Brad Olsen said house price growth had significantly outpaced incomes in recent years. Over 20 years, incomes were up 113 per cent but house prices 248 per cent, he said.

“With house prices heading higher an higher, most households thinking of buying a home are continually faced with the reality that even as they scrimp and save to pull together a deposit, and are paying higher and higher rents, house prices have pushed even higher.

“I think the current levels of unaffordability are incredibly disheartening to people, and at present, there looks like there’s nothing out there that will improve conditions for first-home buyers,” Olsen said.

“Politicians have talked a big game on housing, with promises to make changes. But at present, the fundamentals haven’t changed: house prices remain high and are heading higher, living costs are still high, and housing remains out of reach for many.

“Even government support options, like the HomeStart grant, are no use in some places, where house prices for first home buyers exceed the price cap.”

Olsen said deposits were a key barrier for people.  In 2019, a typical household would have had to have saved 123 per cent of their annual household income for a deposit. But in 1998, it only required 74 per cent.

“I think that, although there’s some work underway that could change the housing game by making development easier and cheaper, the reality for households around New Zealand is that when they look at their finances and their own options, and compare that to house prices, they face a stark reality that housing remains harder to get into for many.”