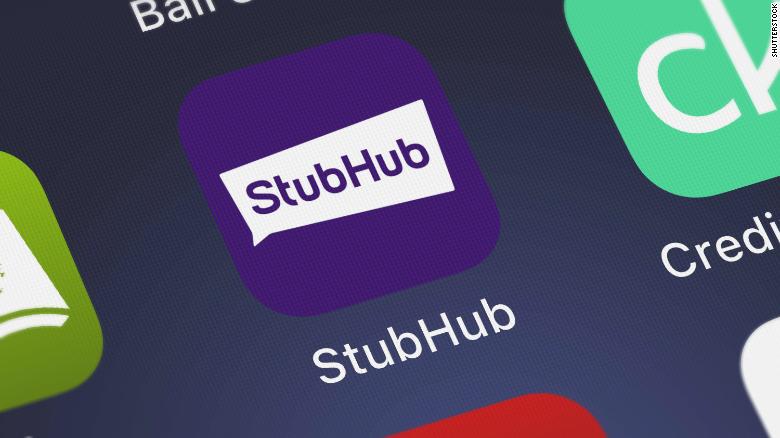 Online ticket seller Viagogo says it has acquired StubHub from eBay for US$4.05 billion ($6.25b) in cash in a megadeal that will complicate the landscape for regulators and search engines grappling with ticket resale controversies.

If the deal gains regulatory approval, the two companies – who share a common founder – plan to merge operations in the new year.

Talking to the Herald this morning, Viagogo co-founder and managing director Cris Miller said it was “on the table” that Viagogo and StubHub would trade under one brand, but it would definitely be the case that tickets would be co-listed on both sites.

Miller saw the co-listing arrangement as driving down ticket prices as buyers on Viagogo or StubHub would see deals from sellers across both sites.

In July, Google suspended Viagogo from its Ad Words platform worldwide, saying the US-founded, Swiss-incorporated company had breached its terms and conditions – which include ticket resellers clearly identifying themselves as such.

Viagogo immediately disappeared from the top of Google search results but search ads for StubHub immediately appeared in its place.

Miller told the Herald this morning that Google’s ban had been lifted “in the past few days”.

A spokeswoman for Google would not immediately give a “yes” or “no” to whether the suspension had been lifted.

The Herald understands, however, that the ban has in fact been lifted.

Eric Baker, Viagogo’s founder, and CEO, also co-founded StubHub while in business school, but left before the business was sold to eBay for US$310m in 2007.

The LA-raised Baker went on to create Viagogo, and this deal “will unite the two businesses which share the same fundamental principle of providing a secure platform for people to buy and sell tickets to live events”, Viagogo said in a statement.

Baker said, “It has long been my wish to unite the two companies.”

Many Viagogo customers who approached the Herald before the July ban thought they were buying for an official seller for sports and concert tickets, when in fact it was a Trade Me-style platform – and that tickets sold on Viagogo could cost more, in some cases a lot more, than tickets still available through official channels.

The Commerce Commission – which attempted High Court action to injunct Viagogo from several sales practices in NZ – said it had received a record 1034 complaints about the company.

Sports bodies including NZ Rugby and Tennis NZ have warned sports fans against using Viagogo, saying the same ticket can be resold multiple times in the platform.

The commission alleged that Viagogo was making misleading comments about ticket scarcity, and failing to properly disclose fees and foreign exchange costs that could substantially inflate the price of a ticket.

The regulator was initially knocked back on a serving technicality but said in its annual report last week that it is still pushing for a full High Court Hearing.

During a June visit to NZ, Viagogo managing director Cris Miller (also a StubHub alumnus) said the NZ version of his company’s site had made changes that substantially addressed the Commerce Commission’s concerns. At the time, he declined to go through the changes blow-by-blow.

This morning, he said one key change was that Viagogo now showed NZ buyers an all-inclusive upfront price that included all fees and other estimated costs.

Miller said Viagogo sellers did not get paid unless a buyer could successfully enter an event. However, the onus was on the buyer to initiate a complaint process.

Beyond the Commerce Commission and Google, Viagogo faces a threat from the Government, which is currently reviewing legislation around the reselling or “scalping” of tickets.

Currently, scalping is only illegal for “events of national significance” such as the Rugby World Cup and British Lions tours.

NATIONAL NEWS:- Coronavirus: Students talk about entry ban and discovering ways around it

Fiji Soccer team is expected to play India next year |...

Call for people to come forward and donate a kidney to...