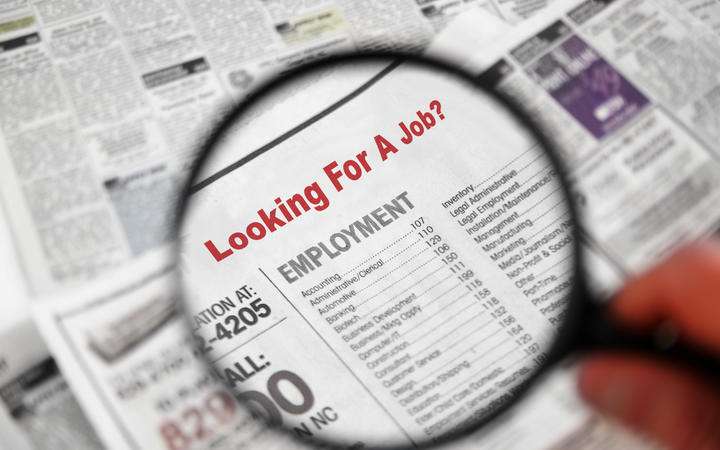 The Productivity Commission said New Zealand lagged behind most other OECD countries when it came to government-funded or mandated support for people made redundant.

A commission report set out what it calls ‘promising options’ on how to boost income security and, ultimately, lift the country’s low productivity and subdued wage growth.

“There is a case to improve income security for displaced workers with income smoothing policies that cushion the financial shock of job loss,” the report said.

“Doing so could … enable those who lose their jobs to take more time to search for a better, high-paying job that is a good match for their skills.”

The report said current policies were largely based on job security – to keep people in their jobs – but need instead to focus on income security to increase innovation.

It said means-tested benefits which target low-income households had forced many ineligible people to rely on their partner or their own savings for money if they were made redundant.

Mr Sweet said the job-seeker benefit did not provide enough income support on its own.

“In most other countries they of course have benefits like that, but in addition they have a mechanism that can last between six months to two years,” he said.

“New Zealand and Australia are the only countries in the developed world that do not have some mechanism that provides a higher level of income support.”

However, he was not sure if seasonal workers should be given the same level of income support.

“It would just seem unnecessarily costly, and just not especially sensible to provide them insurance for something [redundancy] that they always knew from the outset was going to happen,” Mr Sweet said.

The commission raised the idea of creating individual redundancy accounts – where workers contribute to a KiwiSaver-type account and could call on the funds if made redundant.

It proposed exploring mandatory income insurance – which Productivity Commissioner Andrew Sweet said was used in most other countries.

It would be “just like house insurance,” he said. “If you’re made redundant, the insurance effectively pays you out a certain proportion of your previous income for a pre-determined period of time.”

The commission suggested it could work in a similar way to ACC, for which the money is collected from contributions by either the worker, the firm, or both. The amount then paid out if the worker was made redundant would be based on the person’s salary prior to being unemployed – with the ACC system, this is set at 80 percent.

Unite union national director Mike Treen said redundancy insurance may be “a useful sort of thing as long as people are able to access it as a right”.

He said there should be a benefit system that individualised – in other words, considered benefit eligibility on individual salaries – not as a collective if that person is married.

“The idea that if a person loses their job, they can’t access an unemployment benefit because they have a partner, I think it’s one of those outdated features that needs to immediately change,” he said.

Not only was it difficult to be eligible for, Mr Treen said even if you were eligible it did not provide the receiver with enough money.

“New Zealand’s unemployment benefits are extremely low in terms of value. In terms of average wage, I think it’s down to 16 percent – it’s not possible to live off now.

“[It’s] all the torture and difficult of a bureacratic paper-filling process.”

“There’s quite a bit in the flexecurity model that is run in Denmark,” he said, “where the labour market is very flexible.

“But there is a lot of different support mechanisms for displaced workers and a lot of incentives to get them into work once they’re out of work.”

Mr Hope, who sits on the Tripartite Forum on Future Work alongside Treasury and the Council of Trade Unions, said the report would be important for future policies that came out of the Forum.

“This report, I think will be, an important contribution to some of the thinking that comes out of the forum, so we can get a comprehensive, robust system that supports businesses, workers, and can enable and maintain New Zealand being competitive global market.”

The commission suggested the Forum analyse the income support options further. The report is available for public submissions until 7 February.

Officials were looking into whether more babies had been born than...

The odds of a trans-Tasman​ bubble opening by the end of...

TECHNOLOGY NEWS:- New models of iPhone 11 may be releases in...