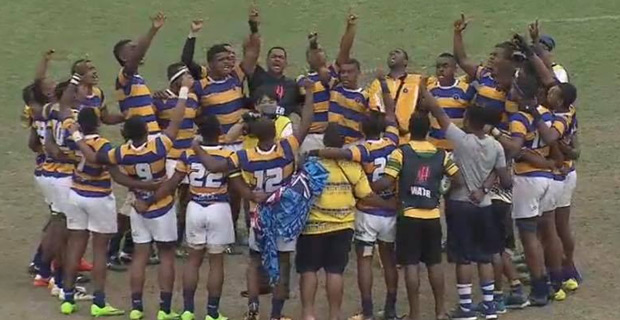 Ratu Kadavulevu School Under 15 rugby coach Masi Saqanavere has been appointed to be the Head Coach of the Vodafone National Under 18 School Boys Team that will tour New Zealand next month.

Saqanavere is a World Rugby Level 3 accredited Coach and joins the High Performance Unit of Fiji Rugby with a vast experience in coaching.

O’Connor says Saqanavere stood out from the other two capable applicants who were involved in Coaching at Provincial level.

He says Saqanavere’s first task is the New Zealand tour that is going to take place by the end of next month.

Saqanavere is no stranger to Fiji Rugby where he was the manager of the Vodafone Fijian Under‑20s to the World Junior Championship in Argentina earlier this year.

The Vodafone National Under‑18 School Boys Team will tour New Zealand to plays New Zealand Maori, New Zealand Barbarians, New Zealand Schools Boys, and Australian Boys from the 26th of September to the 4th of October.

The Fiji Rugby Union is also expected to name the National School Boys Under 14, 15, 16 and 17 later this week for training camps next week.

Opposition is strategically paralyzed after announcement of the National Budget –...