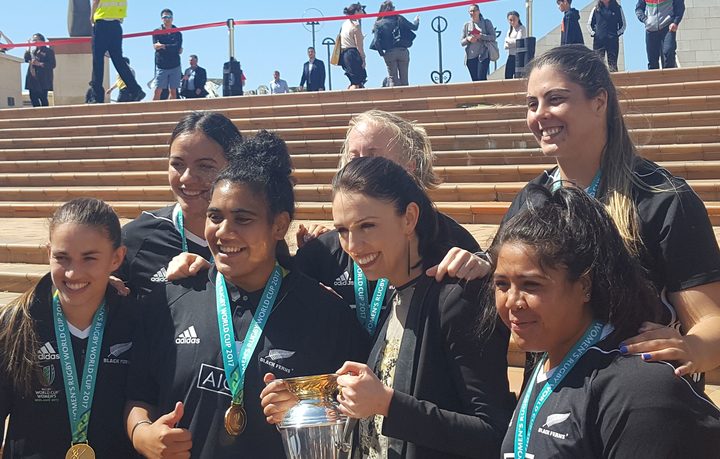 Updated: 7:13am – Preliminary talks to form a new government get under way yesterday.

New Zealand First will be meeting with the National Party in the morning and the Labour Party in the afternoon. Both meetings will be held in Wellington.

Speaking at a celebration for the World Champion Black Ferns in Wellington yesterday, Labour leader Jacinda Ardern said she was not worried that National was going first.

“I’m not particularly worried about the logistics, the more important thing is that we’re meeting and getting on with the negotiations to form a stable, durable government.”

“But having this preliminary discussion means that we’ll be able to move quickly once those special votes come in.”

The various parties have been forming their negotiating teams.

National leader Bill English has previously said the party would finalise the line-up after meeting with Mr Peters, who has said there would be seven or eight people available to negotiate for New Zealand First.

Ms Ardern and her deputy Kelvin Davis would head Labour’s team. She said there was a “handful of people” working for Labour, including a few senior MPs. It’s understood former MP Annette King could also be brought in if needed.

All parties involved in the coalition talks have been doing policy comparisons since the election.

Ms Ardern said both policies pushed it up further than the National government has flagged.

“Our focus of course was $16.50 immediately, we have to make sure whilst we’re lifting wages we’re keeping those employment opportunities available so making sure we get that balance.”

“If you’re making a reference to some of the priorities of other parties, we certainly share a common view that we need to lift the wages of those on the lowest wages in New Zealand. “But again, all of that I’ll be leaving to coalition talks.”

Talks will begin in earnest once the result of the special votes has been announced on Saturday afternoon. New Zealand First leader Winston Peters said he would make his decision by Thursday 12 October.

Ms Ardern said Labour was being “ambitious” and trying to work through the issues as quickly as possible.

“But of course making sure that at the end point we’ve formed a stable, durable coalition government.”

She said she thought it was “absolutely possible” to do it within that timeframe.”But it does mean those preliminary negotiations are very important.”

Mr English, who also met the Black Ferns at Parliament, made no comment about coalition talks, except to joke while standing alongside eight of the players that was about the number National would need to form a government.

New MPs also continued their induction, running through a mock a question time.

NATIONAL NEWS:- Time for govt to step up on sea level...

The next big challenge will be to find longer-term accommodation for...