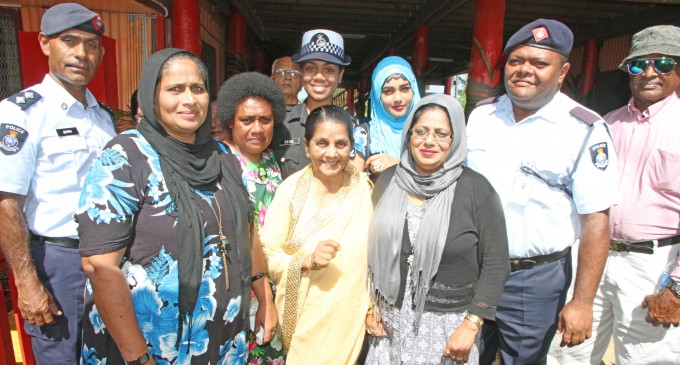 UPDATED: 7:00am – Crimes on Vuci South Road, Nausori may soon be reduced dramatically with the revival of its community Crime Prevention Committee.

Divisional Manager Community Policing Eastern and Acting Superintendent Koro Lesikimaloku said the area was particularly notorious for its high number of burglaries and thefts, which the committee now planned to address.

Launching the committee yesterday in front of stakeholders and community members, including Assistant Minister for Infrastructure and Transport Vijay Nath, who was present to support the cause. Chairman Kamlesh Mohan said their aim was to engage the community to help tackle the growing crime rate.

“We are just trying to bring in all the stakeholders and the community at large to help identify the culprits, while also looking at the road sector and the social welfare side of things,” he said.

“The youth committee has also already been formed and we want to create a bit of awareness on that, with a programme on Wednesday, and the ministry of youth will also be here, as we plan for their future.”

Residents on Vuci South have most recently been plagued with frequent break-ins, which, Mr Mohan said, began accelerating after the Police post at Vuci Road junction was removed.

However, Assistant Minister Nath said the committee planned to organise fundraisers, with the full support of the Government, to build a new Police post on the vacant land allocated for one soon.

“I spoke to the Police Commissioner and also the Minster of Defence and they both expressed their support. One post will be built in Koronivia and another one here,” Mr Nath said.

“If you look at the ratio of Police against the public in Nausori, it is 1 is to 800, which is quite large. It becomes our responsibility to assist Police officers with the information we have got.

“I would particularly like to request the youth to engage themselves in assisting the Police and doing some social work. It’s very important for us to do some extra work for the community.”