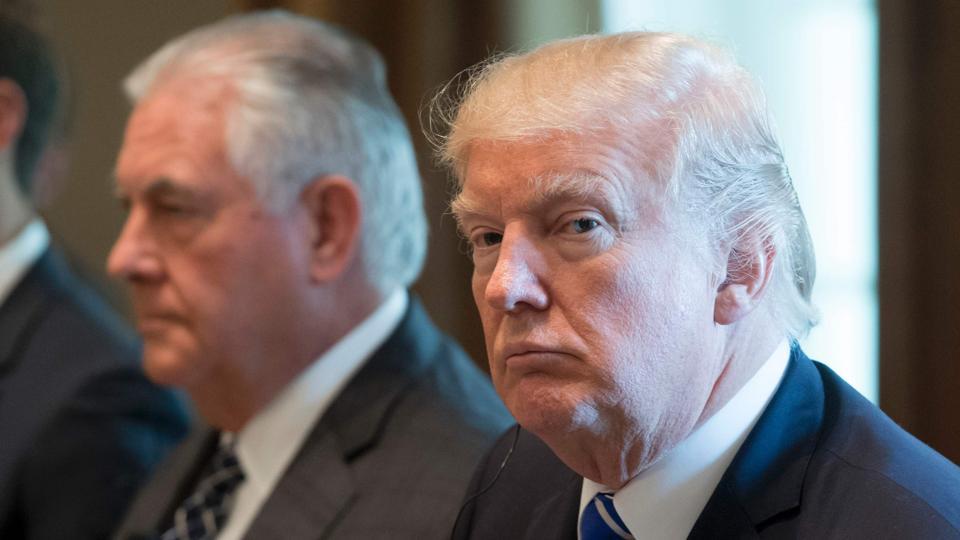 Just a day after the US state department confirmed that it had opened channels of communication with North Korea, President Donald Trump publicly said he told his secretary of state Rex Tillerson to not waste his time trying to negotiate with Pyongyang.

“I told Rex Tillerson, our wonderful Secretary of State, that he is wasting his time trying to negotiate with Little Rocket Man,” Trump tweeted, referring to North Korean leader Kim Jong Un by a derogatory phrase he had coined.

“Save your energy Rex, we’ll do what has to be done!” Trump added, ominously.

He didn’t elaborate, but in a speech at the UN last month, he had threatened to “totally destroy” North Korea, and said all options are on the table, including military, a possibility that has raised concerns of a nuclear exchange.

Trump’s public distancing from Tillerson comes just a day after the state department said: “US diplomats have several open channels in which we can communicate with officials within the North Korean regime.” But not much progress had been made, or was expected.

“Despite assurances that the United States is not interested in promoting the collapse of the current regime, pursuing regime change, accelerating reunification of the peninsula or mobilizing forces north of the DMZ, North Korean officials have shown no indication that they are interested in or are ready for talks regarding denuclearisation,” the state department had added.

Trump’s remarks on Sunday were called confusing by critics, who said they reflected a conflicted administration, but Trump has tended to pride himself in his ability to keep everyone guessing as a negotiating move, and has used a mix of tough language and gentle nudging to get the ball moving.