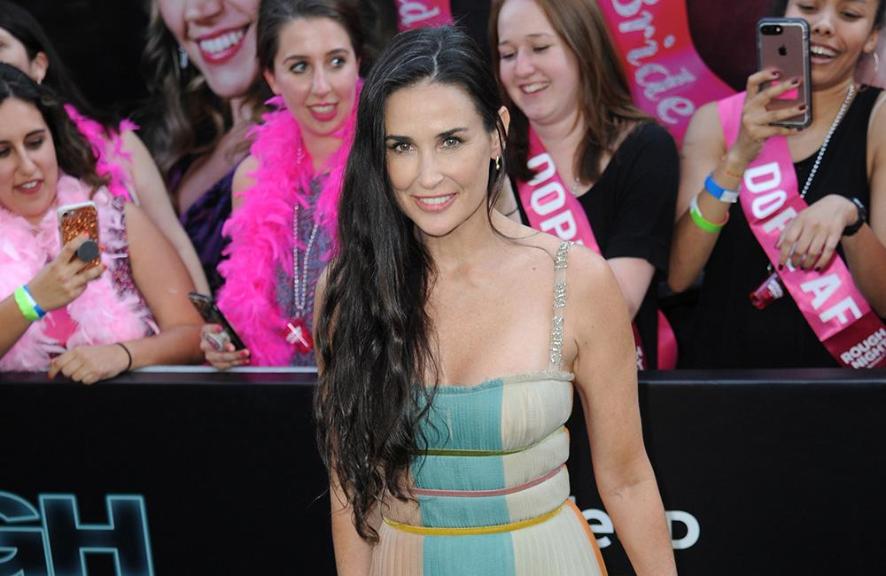 Demi Moore said she was raped at the age of 15 by a man who claimed to have paid her mother $US500 ($740). The Hollywood star, 56, made the allegation during a candid interview on US television to discuss her memoir.

Moore, one of the most successful actresses of the 1990s thanks to films including Ghost, A Few Good Men, and Indecent Proposal, said she was attacked by an older man who knew her mother. Speaking to Diane Sawyer on Good Morning America, she said she came home to find the alleged rapist in her apartment.

After he had raped her, Moore alleges, he said her mother had sold her to him for $500. Moore’s mother was an alcoholic who died in 1998. Asked if she believed the man, she said: “I think, in my deep heart no. I don’t think it was a straightforward transaction. “But she still – she did give him the access and put me in harm’s way.”

Moore dedicated her book, Inside Out, to her mother, as well as her three daughters with ex-husband Bruce Willis. Moore said her mother attempted suicide while the actress was 12 and it was her intervention that saved her life.

“I remember using my fingers, the small fingers of a child, to dig the pills my mother had tried to swallow, out of her mouth,” Moore revealed. Moore, who was also married to the actor Ashton Kutcher for eight years from 2005, discussed her rise to the top in Hollywood.

She found fame in the 1980s with appearances in films such as Blame It On Rio and St Elmo’s Fire, before her starring role in 1990 romantic thriller Ghost opposite the late Patrick Swayze cemented her status as one of the world’s biggest stars.

After becoming the highest-paid actress in Hollywood, critics gave her the nickname “Gimme Moore” – but Moore was not bothered by the jibe. “Why shouldn’t all women be paid equal to the quality of the work they’re doing? Just treat me the same. No better, no worse”, she said.

WHERE VICTIMS OF SEXUAL VIOLENCE CAN GET HELP

The Harbour, online support and information for those affected by harmful sexual behaviour

If you or someone else is in immediate danger call 111.

WORLD NEWS: Man dies from hantavirus in China: All you need to know about the virus, and how it spreads

Debates between minor parties heat up – on and off TV...