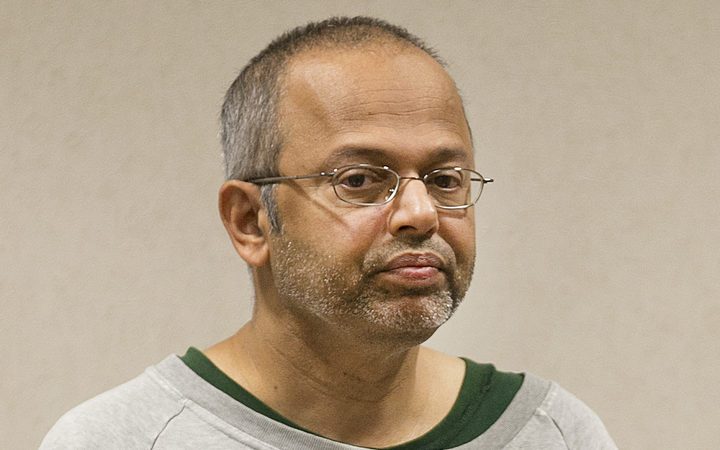 Updated: 6:37am – A man who worked as a psychiatrist using false qualifications has been sentenced to four years and three months in prison.

Mohamed Siddiqui, 56, worked as a psychiatrist at the Waikato District Health Board’s Henry Rongomau Bennett Centre for six months after using forged documents with details of qualifications of a United States psychiatrist with the same surname.

Siddiqui was first arrested in July 2015 and has been in custody since December of that year when he was apprehended trying to leave the country.

He pleaded guilty to four forgery and deception charges in March this year, just before his trial was to begin.

He was due to be sentenced in June but it was adjourned when he applied to have his guilty plea vacated.

But the sentence went ahead this afternoon after Siddiqui’s last ditch efforts to push it back were declined.

Judge Glen Marshall declined Siddiqui’s application to vacate the plea, as well as another request to have the judge removed on account of bias.

Siddiqui argued that his former lawyer had, without permission, told the court before trial began that Siddiqui was a liar and he could no longer represent him in his best interests.

Siddiqui’s defence lawyer Greg Bradford said that information created a risk of bias against his client, and therefore, a new judge should preside.

But the judge declined it, saying Siddiqui was creating hurdle after hurdle to delay sentencing.

Both the victims and Siddiqui were entitled to a timely sentencing, despite Siddiqui appearing “determined” to not want one, Judge Marshall said.

During sentencing, Crown prosecutor Tini Clark said a stern sentence should be handed down due to Siddiqui’s serious breach of trust and professional responsibility.

Ms Clark said those seeking psychiatric care require much courage to use services and share stories of trauma and abuse. Siddiqui violated service users trust and his lack of expertise “downgraded the relationship to one of voyeurism,” she said.

Siddiqui himself made submissions on his personal circumstances, citing a desire to return to his family in the US.

He declined an opportunity to offer remorse. Justice Marshall said Siddiqui showed a high level of pre-meditation in his fraud and deceit. The nature of offending involved using forged documents and also pertaining by deception.

The magnitude of that deception involved fooling the American Board of Psychiatry and Neurology, the NZ Medical Council, Waikato District Health Board and an employment firm in Australia.

More importantly, those vulnerable patients who seek assistance from a duly qualified psychiatrist, said Judge Marshall. The motivation can only be to attain a reasonable salary and acquire status, Judge Marshall said.

In his summing up, he said there were financial losses of $130,000 for the Waikato DHB and $25,000 for the American Board of Psychiatry and Neurology.

Siddiqui has already served 21 months of the sentence due to being held in custody since December 2015. Judge Marshall said Siddiqui will face deportation to India at the end of his sentence.

NATIONAL NEWS: The Ministry of Social Development (MSD) has been told...