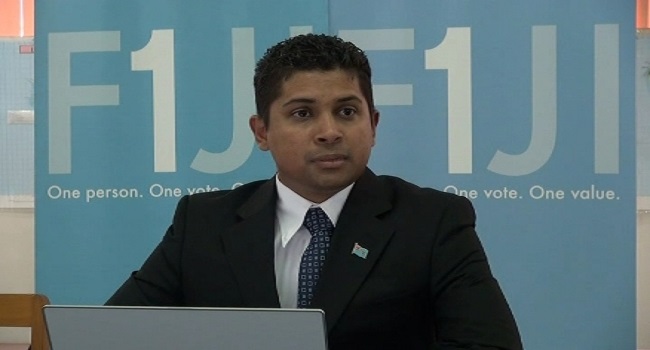 UPDATES: 6:23am – The Supervisor of Elections has referred a matter to FICAC regarding the Tui Kalabu’s wife allegedly threatening some women who are staying on their land to vote for SODELPA. Mohammed Saneem says they have written to FICAC yesterday.

Prime Minister Voreqe Bainimarama assured people yesterday that they should vote in the 2018 elections without any fear after some threats were allegedly made by the wife of the Tui Kalabu to residents in a settlement residing on their land.

The wife of the Tui Kalabu Litia Rawiriwiri who is a SODELPA executive allegedly told people in the area that they should vote for SODELPA or they would be evicted from the land owned by the Tui Kalabu.

Bainimarama says he does not want anyone to feel threatened when they go to cast their vote in the election.

He also stresses that he made the visit to the concerned residents as the Prime Minister of the country to assure them that they should not fear anything when they vote in the 2018 election.

The Prime Minister will also speak to the Tui Kalabu Ratu Peni Rawiriwiri.

NATIONAL NEWS:- Some schools are facing a tough decision over the...