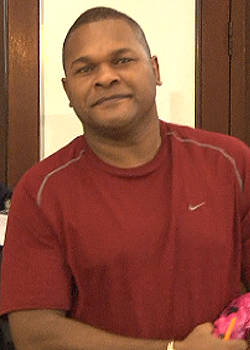 Rape and murder accused, Josua Colanaudolu today told the Suva High Court that he had consensual sexual intercourse twice with one of the alleged rape victims.

While cross-examined by Assistant DPP, Lee Burney, Colanaudolu also said that he had plenty girlfriends before he got married.

He also told the court that one of the alleged rape victims was also his girlfriend however it was not a normal relationship.

Colanaudolu also claimed in court today that the doctors, Police and rape victims are making up things about him that he raped the women.

The 40-year-old security officer claimed in court today that he told Police officers during the caution interview that he will not say anything and they can write whatever they want.

He claims that he was forced to sign on the caution interview.

Colanaudolu later told the court that the answers that he gave in the caution interview have not been written and none of the answers came from him.

Colanaudolu also told the court that he was not close to his mother who passed away in 2014 as she re-married after leaving his father.

The charges also include the case where Colanaudolu allegedly abducted, raped and murdered a 14‑year‑old girl in Deuba in March last year.

1,500 “Buckets of Love” which includes food and medical supplies are...