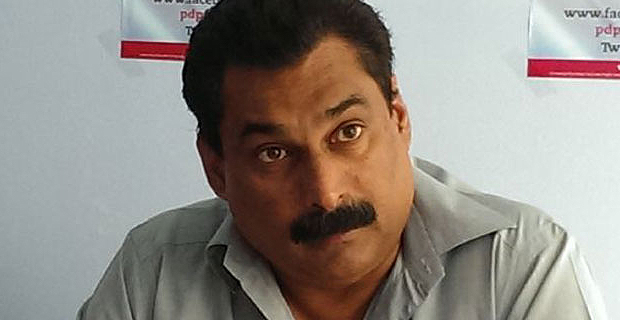 Updated: 6:28am – The Fiji Trades Union Congress is now awaiting the written approval for the permit to march in Nadi this Saturday to support the 170 ATS workers picketing outside the ATS compound.

FTUC General Secretary Felix Anthony says they have received verbal confirmation that they will get the permit.

He also says that the plans have started for the national strike however they will only implement this if the ATS dispute continues for some time.

When questioned on who is funding the expenses of the suspended ATS workers as they have their daily household expenses and the new school year starts next Tuesday, Anthony says FTUC and other groups are assisting the workers as it believes that the workers are ATS shareholders and can walk off their workstations to have a meeting if they are unhappy with management decisions.

While opening the new rural electrification project in Vunarewa, Nadi, Prime Minister Voreqe Bainimarama says he feels sad to see that the interests of some unionists and politicians have been put ahead of many of our people, particularly those working in Nadi.

Bainimarama says unfortunately, some have failed to step back and see the bigger picture, and consider how their actions affect the working of our larger economy.

He says he has been told there is a march planned in Nadi this weekend, and again, he fears it will simply be another opportunity for those seeking relevance ahead of the elections to try and gain political mileage on the backs of ordinary Fijians.

The rural electrification project opened yesterday has brought 105 Fijians in the Vunarewa Settlement onto the national grid, giving them access to the enormous benefits of electricity.

The Fiji Pine Trust is collaborating with the government

An immigration adviser has been ordered to pay almost $10,000 to a family’s false residency dream