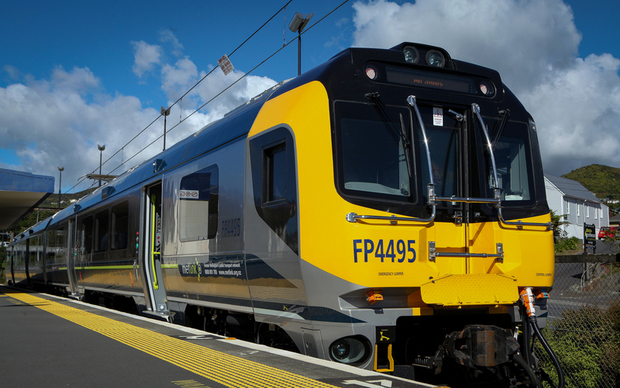 Updated: 6:04am – Wellington train workers will strike tomorrow, affecting up to 30,000 rail passengers across the region, over removal of longstanding conditions from their contracts.

Rail and Maritime Transport Union members said the strike – for 24 hours from 2am tomorrow- would be the biggest industrial action on Wellington’s railways since 1994.

It will affect commuter trains across the region including Wairarapa, the Hutt Valley and Kāpiti Coast, and may disrupt the Northern Explorer and Capital Connection from Palmerston North.

In a statement, Metlink said there would be no train services for the duration, with no buses to replace them. Manager of rail operations Angus Gabara said they advised commuters to allow extra travel time on the roads as well because of the disruption.

Mr Butson said the regional council at the time had written protections into the tender document.

Transdev said it had accepted all the RMTU’s claims and offered a package that would increase pay and allowances by 2 percent.

It said it respected its employees’ decision but was disappointed the union had decided to strike.

It would continue to negotiate with union members in good faith.

Mr Butson said the union had a mandate to call a strike between 13 November and 1 December.

Fiji claims silver after losing to NZ 14-0 in Commonwealth Games...