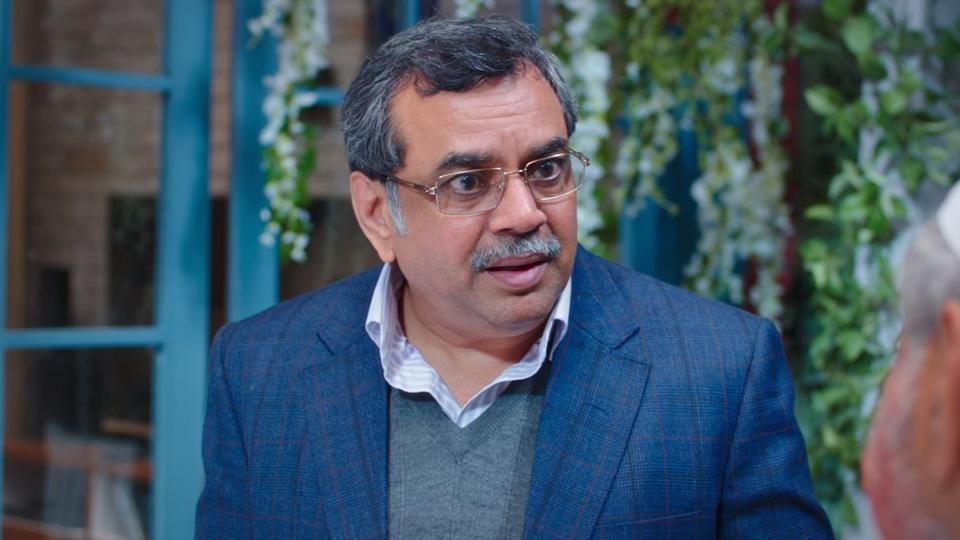 More than the sequel, Guest Iin London is a copy of 2010 film Atithi Tum Kab Jaoge? by the same director. Just that this time the action has shifted from Mumbai to London.

You won’t find actors like Ajay Devgn and Konkona Sensharma in the new film, but Paresh Rawal, as the nerve-wrecking guest, tries to fill for the missing big names.

One more thing, what seemed like a fine balance of comedy and slice of life in the original is completely absent here. In fact, it’s so lame that you would find the tobacco ads more entertaining than watching Paresh Rawal farting for at least hundred times.

That’s not all. He sings an entire song on farting in the film. Now that’s taking things a bit too far. Yes, Guest Iin London is painful. Or who knows, you might be the Superman. 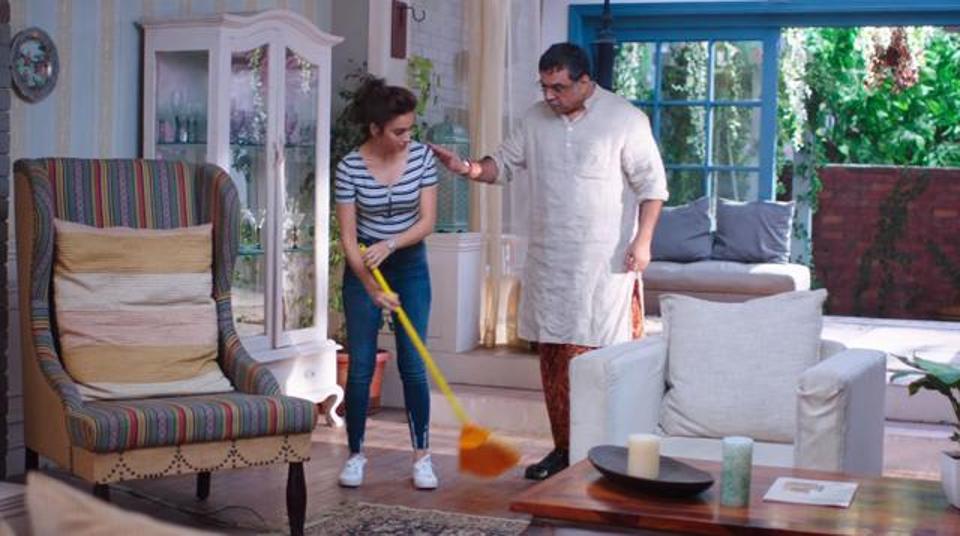 Even if fart and potty jokes are your thing, you need nerves of steel to sit through Paresh Rawal’s weird Pakistan bashing. All those ‘baap baap hota hai, beta beta hota hai’ sort of attempted puns will make you wonder what could have forced director Ashwni Dhir to come up with such a film!

Rawal, who is also an MP in the ruling Bharatiya Janata Party, doesn’t spare China either.

So brace yourself for all those ‘China ka maal’ gags. At one point, he also resorts to ‘hor-whore’ wisecracks. Hor dasso! Guess who is the other actor giving company to Rawal? Sanjay Mishra.

It seems Mishra has decided to have fun on our expense. He is a terrific actor otherwise, but all his filmography put together can’t justify his character of a Pakistani working as a cop in London. 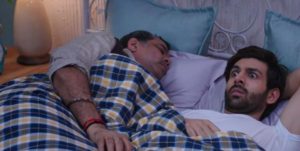 He is unfunny, crass, uninterested and totally out of sync.

His coloured wife keeps catching him crossing his neighbour’s boundary wall and he keeps murmuring racist slurs. Whenever he is not looking impassive, he is jumping to the roof on the mention of the word ‘surgical’.

But it has to be funny, so he does it whenever somebody says ‘sir will come tomorrow.

However, the award for ‘I don’t know how I ended up here’ performance goes to Tanvi Azmi whose only duty in the film is to justify Paresh Rawal’s farting.

Everytime she says, “Inka zara pet kharab hai,” you feel like handing her a rose. We know what you’re going through Tanvi, but hey, what did we do to deserve to see you like this? 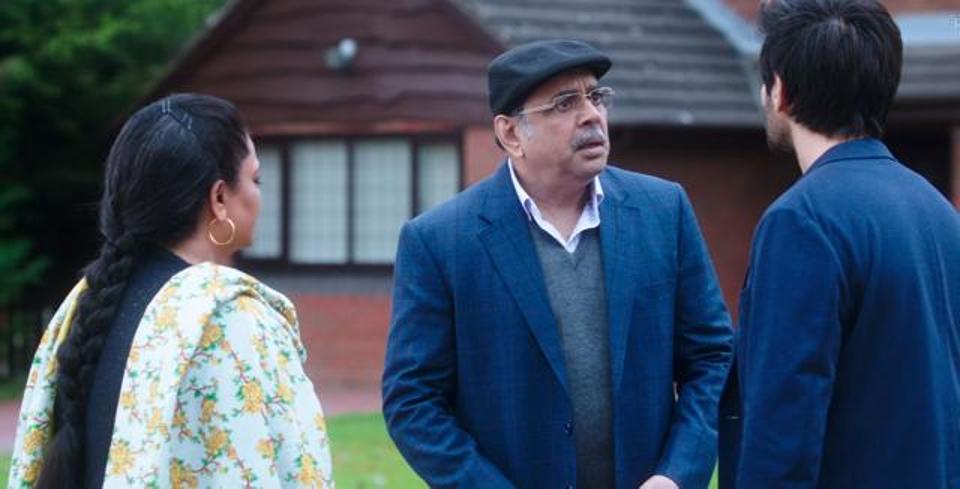 Now, come to the basic story of Guest Iin London. As I said, it’s a repeat of Atithi, so we expected some genuine fun when Gangasharan Gandotra aka Chacha Jee (Paresh Rawal) forces himself as a guest on Aaryan Grover (Kartik Aaryan), who is staging a fake marriage with Anaya Patel (Kirti Kharbanda) to get permanent citizenship in England.

Chacha Jee makes Aaryan’s life difficult till he finds out a secret about the old man which will change his concepts in life forever.

I can totally empathise with Kartik Aaryan. Poor guy looks good, dances well, does his gags well, but eventually ends up playing the second fiddle to Rawal. Kartik has a likeable vibe, but that gets drowned in Rawal’s perennial farting.

European Union gives a grant of $FJD 12.6 million to Fiji