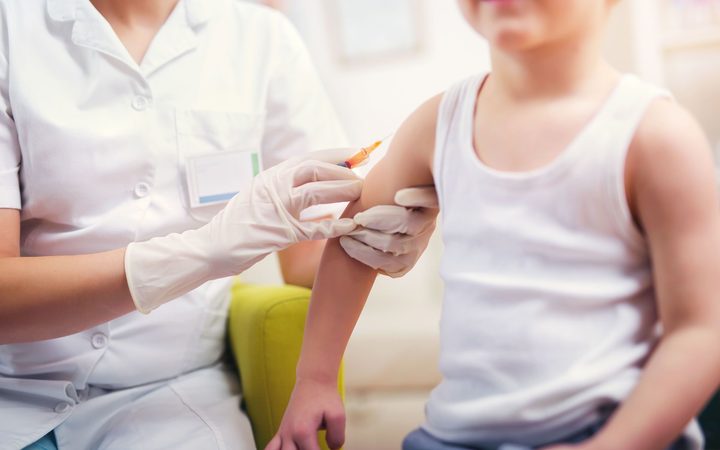 Hospital bosses want a national campaign to counter what they say are the damaging messages being put out by anti-vaccination lobbyists.

Waikato and Bay of Plenty district health board chiefs told MPs at a health select committee meeting in Wellington today that this was needed to boost immunisation rates.

They say strong national messages are needed to counteract the views of anti-vaxxers, with immunisation rates dipping slightly over the past two years.

The issue was brought up by committee chair, Labour Party MP Louisa Wall, who said Northland residents have queued up for a meningococcal W vaccine, but the mood was not the same elsewhere.

“But what about the base immunisations, and what are we going to do about these active antivaxxers that seem to be starting to [appear] in different communities,” Ms Wall said.

Bay of Plenty DHB chief executive Helen Mason said it had worked hard to meet all key government health targets, including faster cancer treatment and better help for smokers to quit, but it has been unable to lift childhood immunisation.

She said the DHB had tried everything without success, and she put it down to anti-vaxxers.

“It really really worries us.

“We did a big review around about 18 months ago and put in place a reconfigured service, that doesn’t appeared to have gained traction.”

She said there was no one easily-identifiable group that was falling behind with immunisations, which made addressing it even harder.

Mrs Mason said what was needed was a completely new approach, something the interim chief executive of neighbouring Waikato DHB, Derek Wright, agreed with.

“The anti-vax people have done a really good job at raising concerns with people.

“I think it’s time that we as a country, and it needs to be a national message … we actually need to be pushing this.”

“It is a very small percentage of the New Zealand population.

“We need to understand it and respond to it, and definitely put more resources and thinking into it, but it is a very small part of why we are not getting high immunisation coverage rates.”

Dr Turner said there were other problems with delivering immunisations, beyond what she called vaccine hesitancy, and New Zealand would be better off dealing with those.

“We need to systematically know which children are missing out and offer them services.

“And then respond appropriately in those localised communities that have got myth and rumour and social media stories rife within them.

“That’s where we need extra support.”

The Health Ministry said immunisation rates, which had been rising, reached a plateau and then began to fall in early 2017.

It meant immunisation coverage went from 93 percent on average at eight months, and 91 percent for Māori children, to 91 percent and 86 percent respectively.

It said the decrease in infant immunisation was due to both a 1 percent rise in those declining the vaccine and more children being unimmunised for other reasons.

It said it was working closely with DHBs to identify and address the causes.

Man allegedly raped and robbed a woman in Valelevu

A strange metal monolith has been discovered in the Utah desert

WORLD NEWS:- Overwork leads to deaths of 270 election staff after...