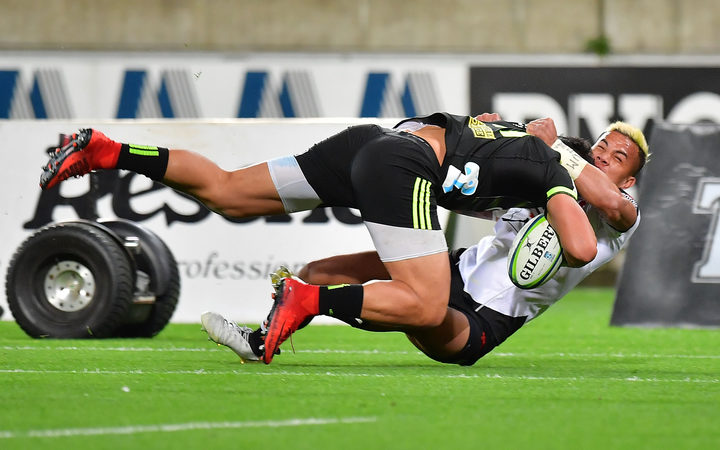 Updated: 8:50am – Inside centre Vince Aso crossed for four tries but only two of them counted as the Hurricanes moved to the top of the Super Rugby standings following their victory over Japan’s Sunwolves.

At full time, the Hurricanes had beaten the Sunwolves 43-15.

Aso, who crossed in the 74th and 79th minute, had two tries ruled out earlier by television match official Ben Skeen – the first for a marginal forward pass from Julian Savea and then for a dangerous clear out by Ardie Savea some 70 metres downfield.

Julian Savea, Finlay Christie, Reed Prinsep, Jordie Barrett and Brad Shields also scored for the home side, who moved to 32 points on the table, two ahead of the Lions and three in front of the defending champion Canterbury Crusaders.

The Hurricanes, who had won their last six games, only put the game beyond doubt in the final six minutes with three tries — two of which were scored by Aso.