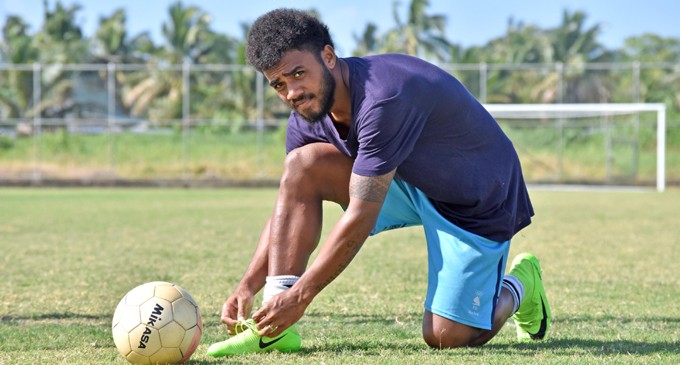 Updated: 10:17am – The stage is set for the 2017 Courts Inter-district Championship to be staged at Churchill Park, Lautoka.

The 79th edition of the country’s most prestigious football tournament in the Fiji FA calendar will kickoff on Fiji Day, Tuesday, October 10.

“The Courts IDC, which began in 1938, is traditionally the most prestigious and oldest tournament in Fiji,” he said.

“It is an icon of Fiji FA wahich carries a lot of memories for the past generation of players and officials who have worked hard to see the fans get the best display of football.”

Looking back the first IDC was staged with only five teams participating.

They are Suva, Rewa, Ba, Levuka and Lautoka with the tournament being staged Suva. From 1938 to 1975, the competition was initially held on a knockout format but in 1976 pool play was first introduced.

Yusuf said the tournament has growing bigger and better every year.

Yusuf said this was done to make the senior division competition more competitive and to add more flavour to the tournament.

“We wanted to see the best teams in the IDC and to start our 2017/18 season. As you all know eight premier division teams will be vying for the crown as well. You will see only the best eight teams from the senior division taking part.”

“Matches in the senior competition will also be played for a duration of ninety minutes.

“This will become a normal feature of the Courts IDC from now onwards and we will have separate tournaments for primary and secondary schools football.”

Yusuf said the eight participating districts were determined according to their standing in the Vodafone Senior League in Viti Levu and Vanua Levu.

“Tailevu/Naitasiri, Navua, Nadroga, Lami, and newly demoted premier district Rakiraki have qualified from Viti Levu while Seaqaqa, Nadogo and Savusavu have progressed from the North. “

“The districts that will not feature in the IDC are Nasinu, Northland Tailevu, Bua and Taveuni. “

Group A has Tailevu/Naitasiri, Nadogo, Navua, Seaqaqa while Group B consists of Rakiraki, Savusavu, Nadroga and Lami.

Yusuf said Churchill Park is in tip top condition and fans could enjoy the competitive football played over the five days.

“Churchill Park is one of best field in the country which will give teams to display more structured football which the fans will enjoy.”

Yusuf said all teams were preparing well for the big pool of prize money at stake.

“The winners of the 2017 Courts Interdistrict Championship (IDC) will walk away with more prize money this year as Courts has increased the sponsorship money to $130,000 for the six-day event.”

He said the Courts IDC pools were evenly drawn and fans could expect very competitive football amongst the eight districts.

“Defending Premier Division champions Labasa head Group B with Ba, Rewa and Dreketi while hosts Lautoka is the top seed in Group B which includes Suva, Nadi and Tavua.”

Yusuf said the fixtures were set-up in such a way that fans could enjoy the matches.

He said it was hard to predict the teams that would qualify for the semi-finals next Saturday.

“Every team will come out well-prepared and we welcome Tavua back in the top division and we are sure they will give other teams in their pool tough competition.”

Yusuf said it would also be the battle of coaches as all teams have recruited qualified coaches.

Yusuf said the tickets were on sale from Monday and they have had a very good response.

“We started the ticket sales on Monday and it’s going very fast. Everyone wants to get tickets early to the games and I urge fans to buy tickets in advance so they don’t get disappointed because we have only limited seats available.”

Yusuf confirmed that there would be free entry for spectators wishing to witness the IDC senior division matches which will be played at Nadovu Park in Lautoka.

“Exciting times and matches await the fan,” he added.

Yusuf said there would be winners and losers but he encouraged players and officials to show true sportsmanship and make football the ultimate winner.

“I look forward to an exciting 2017 Courts IDC in Lautoka. I wish all the teams participating at the 2017 Courts Inter District Championship and fans an enjoyable tournament.”