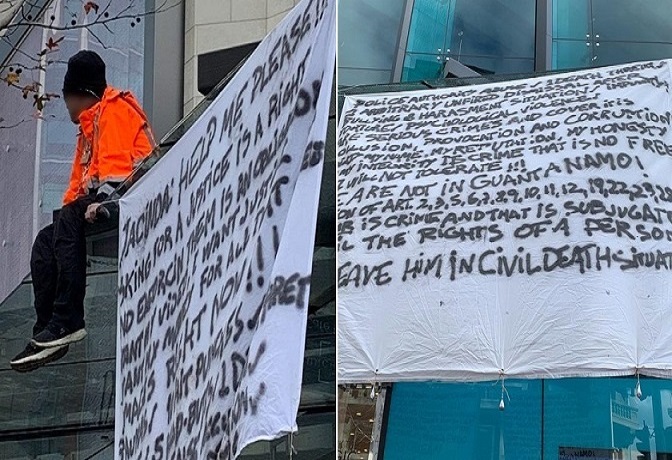 Police are at the scene of a protest at ANZ bank on Auckland’s Queen St.

A man wearing a high-vis jacket is sitting on the awning of the Queen St/Custom St East intersection ANZ bank with three large sheets.

Text on the sheets refers to a number of issues including “police authority abuse” and corruption in Chile.

One line says “Jacinda, help me please”, while another says “We are not in Guantanamo” 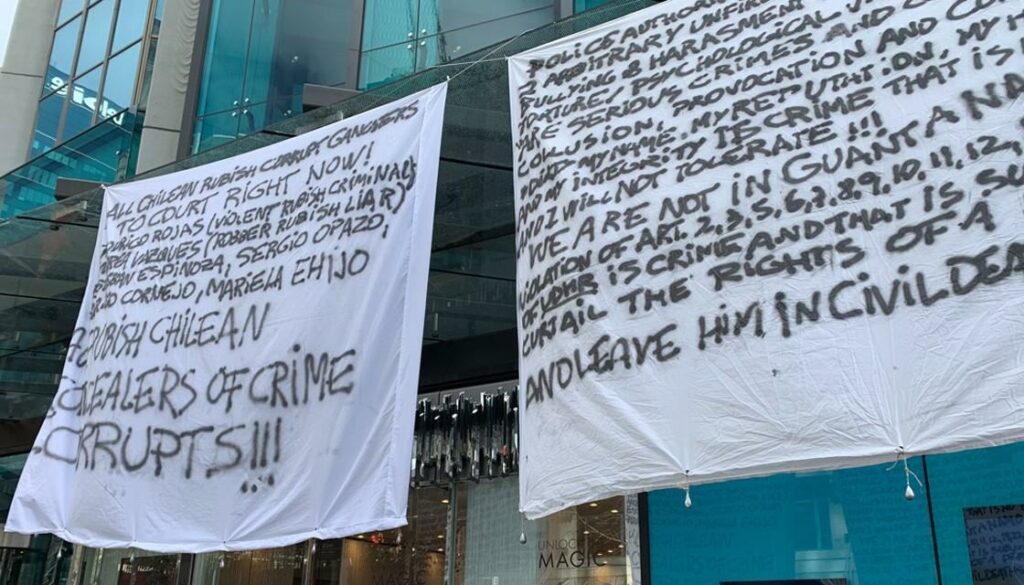 Police told Newshub they were at the address and speaking with the man.

Auckland Transport said it was not aware of any traffic issues in the area.