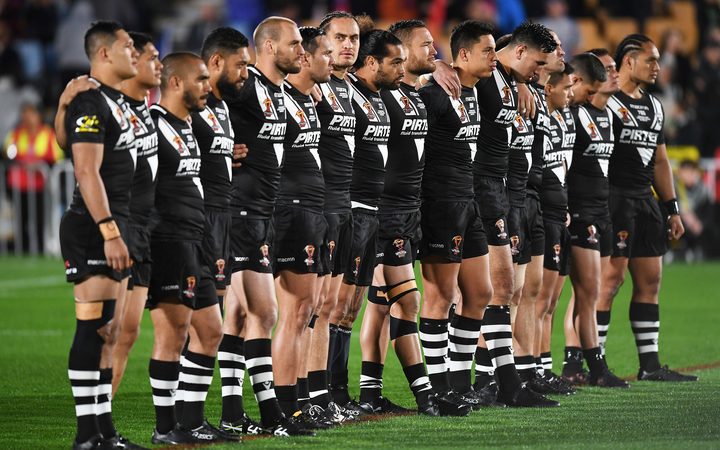 Updated: 9:30am – After weeks of waiting, one of the most anticipated matches of the Rugby League World Cup will take place in Hamilton on Saturday.

The New Zealand-Tonga showdown has been one of the most hotly talked about games of the tournament, closely behind last weekend’s battle of the Pacific between Samoa and Tonga.

Just hours before New Zealand named their squad for the World Cup, four players, including superstar Jason Taumalolo, defected from the Kiwis to Mate Ma’a Tonga.

At the time New Zealand coach David Kidwell said he respected those players decisions, but was disappointed they couldn’t pick up the phone and tell him first hand of their decision.

But Kidwell says the whole saga is water under the bridge.

“Time I suppose heals. Jason’s playing for Tonga and we’ve got guys playing for New Zealand so if the opportunity arises and I get to talk to him, 100 per cent I will.”

With the inclusion of Taumalolo, last year’s joint winner of the NRL’s best player award, and fellow stars such as Andrew Fifita, Tonga have become one of the brightest prospects of the world cup.

Before this year, Tonga had never made it out of pool play at a world cup but have already qualified for the quarter finals with wins over Scotland and Samoa.

Tonga hooker Sione Katoa said to make it this far has been overwhelming.

“We’ve all got big hearts and at the end of the day all we want to do the best for our nation and our families.

Tonga’s achievements have not only been noted by their fans, but the Kiwis team also know what a threat Mate Ma’a can be.

Kiwis hooker Thomas Leulaui says this week’s trainings have intensified as they prepare to face their toughest test yet.

“I don’t know if it’s for the reason that those players defected, it’s just purely on how good a team Tonga is.

“Definitely we know that we’re coming up against a really strong team with quality players right across the park so naturally the intensity rises.”

Expect that intensity to be at its peak when the two teams meet each other on Saturday, with kick-off set for 5pm.