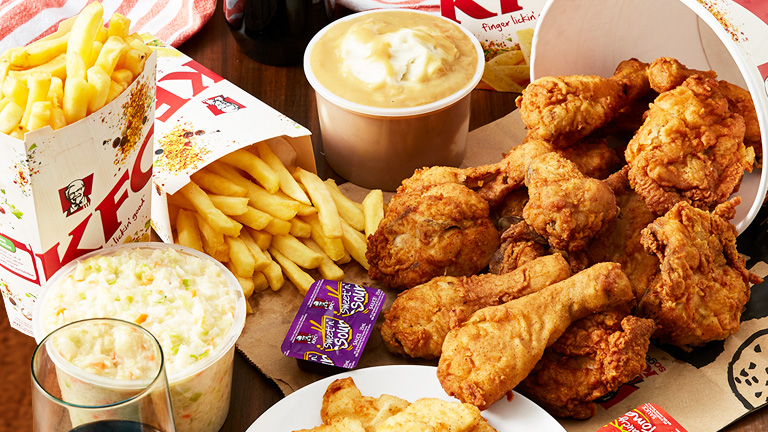 KFC fans rejoice: The Double Down, a Kiwi favorite, is back on the menu after the fast-food restaurant re-released the popular “bunless burger” this week.

This time there are three Double Down options to choose from, including the popular Original, the Zinger Chipotle, and the Bacon Lovers Hash version.

Since the news broke of its return, Kiwis have lost their minds!

“Life is worth living again,” one fan wrote.

Another said: “Date night every night!”

One fan even said the return of the Double Down could rekindle a former relationship.

“I know we’ve drifted apart, but I deeply miss our romantic dates at KFC gazing into each other’s eyes as we chow down on our delicious Double Downs. It was the best time of my life, let us relive the magic together again.”

“Want to make the flight over the ditch with me to wrap your lips around these one more time?” a KFC lover asked his fellow Australian friend.

Another KFC regular was buzzed about the new flavors but hoped the burgers wouldn’t be as sloppy as previous years.

“Finally, good combinations. Now, let’s hope they don’t look like they’ve been run over with a car this time,” the fan wrote.

KFC confirmed prices for the double downs are from $10.50.

“The hotly anticipated return is back from today for a strictly limited time across KFC stores nationwide,” a KFC spokesperson told the Herald.

The Double Down was first released in New Zealand in 2011 amid much fanfare and criticism from health advocates.

It has been the subject of numerous media stories focusing on its fat-laden content. In terms of nutrition, it compares with other chain burgers, such as the Big Mac.

Places continue to remain on high alert if you live in low lying areas.