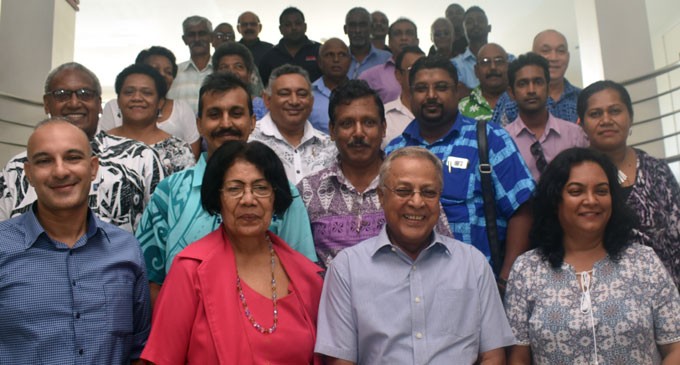 Mahendra Chaudhry remains the party leader despite not contesting the upcoming election due to his ineligibility status. The announcement followed the Fiji La­bour Party council meeting at the Trans International Hotel, in Nadi.

On Labour’s candidates, Mr Singh said: “There are 51 seats at stake and we aim for the full 51 seats when it comes to nominations.

“Leaving personalities aside we need to do what is right, what’s more important are the issues our nation and people are facing… which are pressing issues.

“The FLP manifesto will not only offer the solution but practical solutions, durable solutions. We strongly believe when the policies are imposed, it will be workable.

“As far as FLP is concerned we offer the alternatives and policies to the people of Fiji … which are workable, tried and tested. Once again given the opportunity these will benefit the whole nation.”

The council meeting was attended by branch representatives from various districts with 40 people in attendance.

Mr Chaudhry said they discussed issues related to the upcoming elections which were main subjects of the agenda.

“I remain as the party leader and we have assigned the responsibil­ity of the conduct of elections for the party to Aman Ravindra Singh who leads Fiji Labour Party to the 2018 General elections,” he said.

He said the party took some deci­sions which were necessary to com­ply with its constitution in respect of selection of the candidates, and determining of the election levy.

“We discussed campaign strat­egy. We discussed financing of the campaign and candidates, in terms of gender balance and racial mix and also the issue of party leadership which has been on-going for some time with the media,” he said.

Mr Chaudhry said: “We are in no rush, we are taking our time. The Writ of Election has not been is­sued but we are planning on an­nouncing our first batch of candi­dates, hopefully by later next week.

“We are still talking to potential candidates. There are some con­straints along the way because of employment and they would not like to be identified just now. We await the issue of the Writ of Elec­tion, a lot of parities and people are anxiously waiting for it and we will know for certain when election will be held.”

The party also confirmed that some seasoned politicians who have contested as MPs previously will contest once again.

“There are some past MPs who are in the team and others may have not been MPs but have pretty good knowledge of government and how it works, civil servants and administrators,” he said.