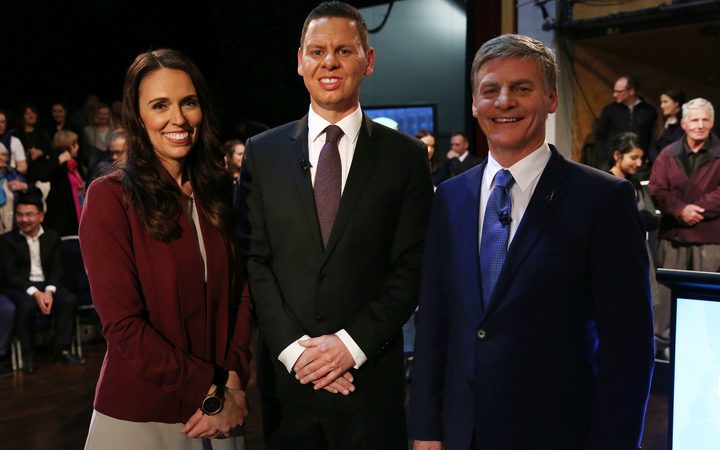 UPDATED: 7:15am – Analysis – The second leaders’ debate saw some zingers from both Labour leader Jacinda Ardern and National’s Bill English, as well as from the moderator, Newshub political editor Patrick Gower.

Here are some of the best moments:

Gower to English: “House prices have flattened out at a million dollars – you haven’t done enough.”

English: “We know how to do this, the houses are coming…”

Ardern: “You’ve had nine years of practice and we’re in the position now when first-home buyers are staring down the face of home ownership that’s the worst it’s been in 60 years.”

Gower to English: “Your government has purchased four motels. You have got taxpayers into the motel business just to try and keep up with the tide of homelessness. Will you have to buy more motels?”

English: “Are you selling them?”

Gower to English: “Last time you were leader you led National to a historic loss. This time it’s close and you could lose again. What’s different this time?”

Gower: “We’ve got an $11 billion argument here. Only one side can be right.”

Ardern: “Let’s be fair to voters – this is just going to sound like two bickering politicians.”

Ardern: “My question is how do people feel … they feel like they’re going backwards, because they are. An economy should be about people.”

English: “So, why do you put their taxes up? If you’re worried about their pay why put capital gains taxes, higher income tax, petrol tax…”

Ardern: “We are not increasing any tax on wage and salary earners, that is patently false, that is scaremongering Bill, you’ve done it this whole campaign and I’m calling you on it.”

Ardern says she will resign rather than increase the age of superannuation.

English: “Well, isn’t that letting down your generation?”

Ardern to English: “Is Auckland coping?”

Ardern: “Waterview is not a vision.”

English: “You can’t replace a tunnel with a vision… Are we gonna close the tunnel and have a vision?”

Gower to English: “You’ve got 111,000 kids in temporary classrooms in New Zealand and you’ve just announced that you want to make an app so parents can look at their kids’ results – have you got your priorities right?”

English: “Yes we have… We’re spending $1bn on new schools in Christchurch because we’ve got to rebuild them… The policies you’re talking about are actually called modern learning environments.”

Ardern: “That’s a jazzy name for a prefab.”

Gower: “What’s the one policy that’s going to make a difference for Māori?”

Nadi Woman Rapes Another Women While She was Sleeping