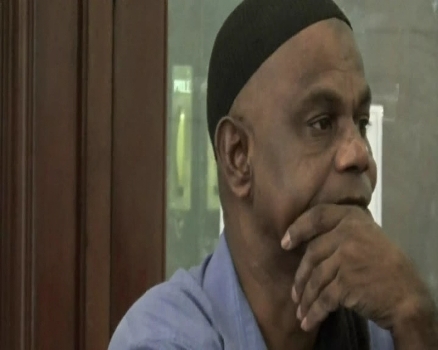 Updated: 6:07am – A 57-year-old man charged with the murder of his wife yesterday told the Suva High Court his version of the events that unfolded on 16th November 2014 at their home in Ba.

Mohammed Yasin is charged with one count of murder after he allegedly stabbed his wife with a kitchen knife in Ba.

He said that on that day he had an altercation with his wife because she ran to the kitchen sink and grabbed a kitchen knife.

Yasin told the court that he was trying to grab the knife from his wife but she kept on resisting.

The accused said they both fell on the floor as soon as he forcefully grabbed the knife from his wife.

He said when on the floor, he was facing upwards with the knife facing his wife.

Yasin said his wife fell sideways and landed on top of him.

The accused said when his wife was on the floor she yelled to his mother “Save me“.

Yasin told the court that he did not see that his wife was bleeding due to an injury from the knife.

FIJI NEWS: SODELPA in talks to form a break away party.