Home Top News Martin and Levi to start for Kiwis 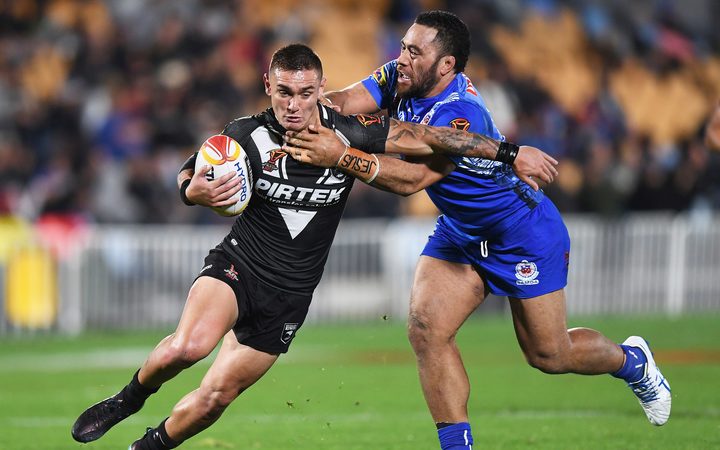 Updated: 6:35am – Te Maire Martin returning to the halves and hooker Danny Levi getting his first start are the two significant changes to the Kiwis side to take on Fiji in their World Cup quarter final in Wellington on Saturday.

The Kiwis are coming off a loss to Tonga in their last game and coach David Kidwell says his aim this week has been for the side to return to a traditional Kiwi style of footy.

Martin returns to the starting lineup with Kodi Nikorima dropping to the bench.

Wellington’s Levi earns a promotion from the bench where he’s started all three Tests since making his debut against Samoa in round one of the 2017 Rugby League World Cup.

Adam Blair will again skipper the side in jersey 13, while 3 other Wellington men, Jordan Rapana (Wing) Joseph Tapine (Lock) and Nelson Asofa-Solomona (Interchange) will also get their chance to play in front of their home fans.

Kidwell says this is the best team to take them forward.

“What we’ve seen of danny Levi over the last three games he deserves his starting spot this week.”

“With Te Maire, we want to play that smart tough footy, I thought we were missing that against Tonga, particularly around the push around the footy and we thought he did that very well against Scotland and we’re looking for him to utilise his speed and obviously his direction of the team.

The Raiwasa Taveuni Rugby team has used its challenges as a...

FIJI NEWS: SODELPA and NFP to meet soon and decide on...