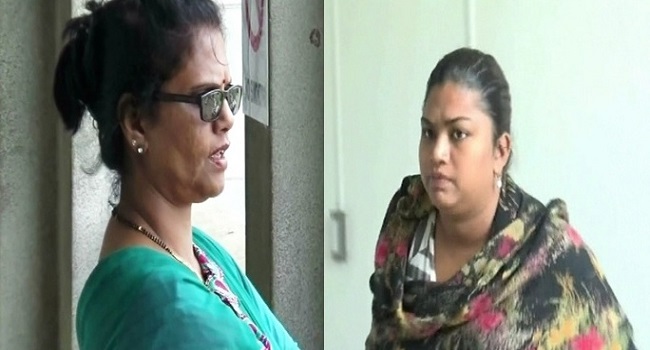 Updated 7:15am – A woman on trial for allegedly trying to kill her four-year-old son last year broke into tears while testifying about the ill-treatment given to her by her mother-in-law.

Shahista Devi took the stand as the only defense witness this morning after the judge ruled there is a case to answer in this matter.

Devi testified her relationship with her mother-in-law was bitter from the beginning.

She told the court when her elder son was only two weeks old, her mother-in-law told them to move out of the house.

Devi then went to Nadi with her husband and her child. Months later, when they moved to Suva again, her mother-in-law came to live with them. However, Devi was unhappy with how her mother-in-law used to spoil the 4-year-old child.

The court heard that Madhur Lata would not allow Devi to take her son to any family function and would always want to keep him with her. Devi alleges when her son used to get sick, the mother-in-law would not want to look after him, instead she would complain of being sick herself.

Recalling the day of the alleged offense, Devi told the court her son was sick the previous night and she got angry when she woke up to find her mother-in-law feeding butter to the child.

Devi also alleged that her husband shouted at her for not preparing breakfast that morning.

She explained she was unable to wake up as she was looking after her sick son all night.

Devi testified that as soon as her husband left for work her mother-in-law started torturing her by telling her to leave the house and not allowing her to take her three children.

She admits she pushed her mother-in-law as she was not able to tolerate her, however she denied attempting to kill her son.

She says she did hang strips of bedsheet on the terrace but that was to scare her son and her mother-in-law. The case will continue today.

Overall student attendance for the first day of school was 95%.

FRU to bid for a Fijian leg of the HSBC World...