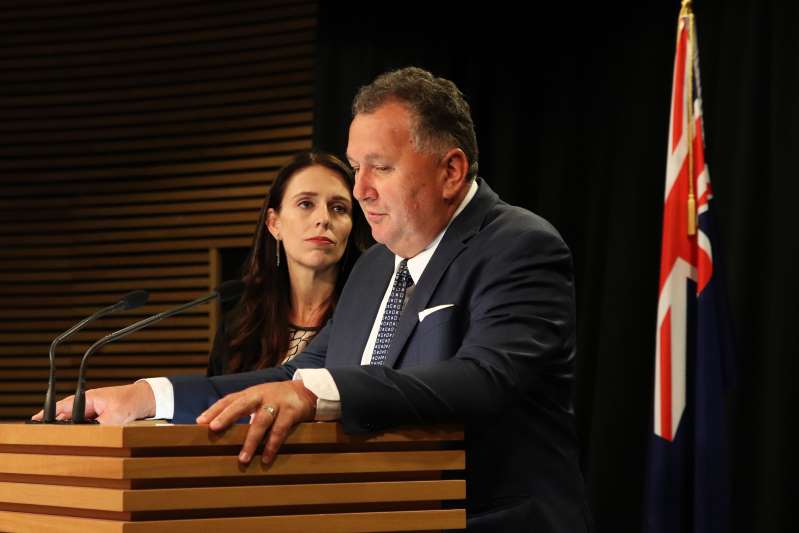 Editor’s note: The opinions in this article are the author’s, as published by our content partner, and do not necessarily represent the views of MSN or Microsoft.

Shane Jones is promising New Zealand First will run another anti-migration campaign. Jacinda Ardern is pushing back to give him room to breathe and shout and shore up her own base. Bernard Hickey reveals the dirty little secret they’d both like to hide.

Spoiler alert: Despite their 2017 election rhetoric about reducing the pressure on wages and infrastructure from low-skilled migration, the coalition Labour-New Zealand First Government has actually increased temporary work visas and not reduced student arrivals. There were 355,000 temporary worker and student visas approved in the year to September, up from 335,000 in the year before the 2017 election. Shane Jones is talking tough to distract from his party’s own inaction.

But just like the previous National government, Labour and New Zealand First have squeezed down permanent residency approvals to 35,000 last year from 42,600 in the election year. It was 51,700 the previous year to September 2016. That means we are inviting in more and more temporary workers with the subtle and not-so-subtle suggestion we might let them stay, but we’re making it harder and harder for them to win that permanence. We have become the Dubai of the South Pacific where we treat migrants as second-class or non-citizens, allow them to be exploited, and then throw them away when we’re done with them.

This Government, also like the previous government, is also doing very little to deal with the infrastructure pressure from massive population growth driven by all the temporary workers. And the dirtiest secret of all is that’s just the way home-owning and business-owning voters like it because it keeps government debt down, keeps interest rates low, keeps house prices rising and keeps wages down. Treasury also loves it because all those workers are pumping up the surplus with fresh income taxes and GST revenues, but without the infrastructure spending to go with it.

Renters and the migrants themselves, who are now finding it much harder to get permanent residency, are the biggest losers. Their wages are stagnant, they are often subject to exploitation (that the Government has done nothing about) and their rents are growing twice as fast as wages. Rightly, they are mystified and angry when we renege on our earlier and ongoing suggestions that they might get permanence at the end of their allotted three years. Others are rolled on temporary work visas again and again. Some aged care workers have been here for up to a decade.

That’s what the growing anger in the migrant communities is really about. This effectively bi-partisan policy is both racist and profoundly not the New Zealand way. We are not treating our guests and workmates fairly, and we’re hurting our poorest in the process through short term and selfish thinking and governance. This ‘policy’, which is more a series of accidental and opportunistic decisions than a clearly debated or agreed policy, is effectively delusional and fraudulent.

But that doesn’t matter to the Government or the councils who are making these decisions about migration and infrastructure spending respectively, because renters and recent migrants vote in general and local elections at much lower rates than home owning residents who have a stake in this migration-fueled growth in leveraged (and untaxed) home equity. It also suits businesses because they don’t have to invest in expensive new equipment and training to increase output when they are in a position to expand production. They just add new temporary workers.

It’s no accident New Zealand’s output per hour worked or productivity has stagnated for the last decade, while Australia and other countries with lower population growth rates have done much better, in large part because they have invested much more in their infrastructure and their people.

New Zealand is kidding itself that it is growing its economy and its wealth, but all it is doing is bringing in more people, working them harder for less pay, and refusing to invest in the underlying infrastructure and social fabric of the country because its delivers a short-term financial and political gain. It is disgraceful.

Now for the longer version.

The public talk this week is all about an Immigration New Zealand decision to stop migration via arranged marriages, which gives the impression New Zealand First is driving a crack-down that Labour doesn’t really want, even though they apparently control the Cabinet and someone would have had to sign off on it. That detail is still unclear.

But the dirty little secret is the coalition, just like the previous National-led government, has done little to slow arrivals of lower-skilled temporary migrants or build infrastructure for the resulting massive population growth.  The bigger picture is this is effectively a bi-partisan migration ‘policy’ that is both delusional and fraudulent. The Government approved nearly 250,000 temporary work visas in the last year, up from 229,000 in the year up to the 2017 election. Rejections fell to 15,180 from 18,891.

Student visa approvals are virtually unchanged from before the election at over 105,000. Yet residence visas are down to 35,000 from over 51,000 in 2016. We are squeezing in more and more temporary workers, and reducing their ability to become permanent residents. Auckland has become like Dubai but without as much sand and duty free shops.

Here are the charts to show those who can’t quite match up the rhetoric and framing of this debate with the numbers.

This sort of population growth is fantastic for the Government’s budget and the financial positions of home owners who are also ratepayers and taxpayers. GST and income taxes surge from the extra people working and spending, but the Government doesn’t have to pay for the multiple new roads and railways and schools and hospitals to cope with that growth in a way that would allow for housing for our new guest and our poorest to be affordable.

People may think the migration debate is on the front burner again, just where New Zealand First wants it to be as it goes back on the hunt for the oxygen of relevance and publicity ahead of next year’s election. But actually, both National and Government are not having the real debate about why the gap between temporary and permanent residency approvals is so large and why so little has been done to invest in infrastructure.

Jacinda Ardern has helped create that space for New Zealand First and that stale and mannered ‘debate’ by using her prime ministerial power for the first time to publicly reverse a New Zealand First policy position.

Facing a backlash from Labour and Green voters in the cities angry at what they see as a racist ban on migration through arranged marriages, Ardern ordered Immigration NZ to reverse the policy on Wednesday. Shane Jones had even more publicly supported it, and had told opponents to go home. He rejected the claims of racism as a “Bollywood over-reaction.”

Jones then suggested New Zealand First was preparing an election campaign focused on the issue, and on migration and population policy more broadly.

“I am absolutely empowered, with my particular ancestry and lineage, to raise these issues in the context of a population policy for the future face, size, girth and wealth of New Zealand,” he said.

“You’re going to hear a lot more about this from me next year.”

Sam Sachdeva analyses the cracks developing between Labour and New Zealand First and Dileepa Fonseka reports on the dramas, including the mess that now needs to be unraveled by Immigration New Zealand over the 300 or so rejected applications in October.

Immigration lawyer Alastair McClymont told Dileepa he would be writing on behalf of every one of his clients demanding INZ reconsider their partnership applications.

“We’re just sitting here in the pub toasting Shane Jones, I wish we could buy him a drink,” McClymont said.

“He’s done us an enormous favour in highlighting the immense racism behind the immigration New Zealand decision,” he said.

There’s still the bizarre question of how, apparently, this decision appeared not to go through Cabinet. New Zealand First is claiming credit for the Immigration NZ changes, which seems impossible independent of the usual Cabinet sub-committee and cabinet process.

Either it went through Cabinet and the PM and her staff weren’t alive to the political risks, or something has broken down in the usual process.

But sometimes it’s worth stepping back to look at the bigger picture. It shows that this debate is more theatre than reality.

There was a lot of rhetoric on the campaign trail in 2017 about tightening settings to slow the flow of low-skilled temporary workers that are prone to exploitation and suppress wage growth. The previous Government changed the rules at the end of its term to make it slightly harder to get permanent residency, and this government has tried in fits and starts to tighten that even more, albeit slightly.

But you can see what’s actually happening in the charts above.

FIJI NEWS: 46yr-old man given life sentence for the murder of...