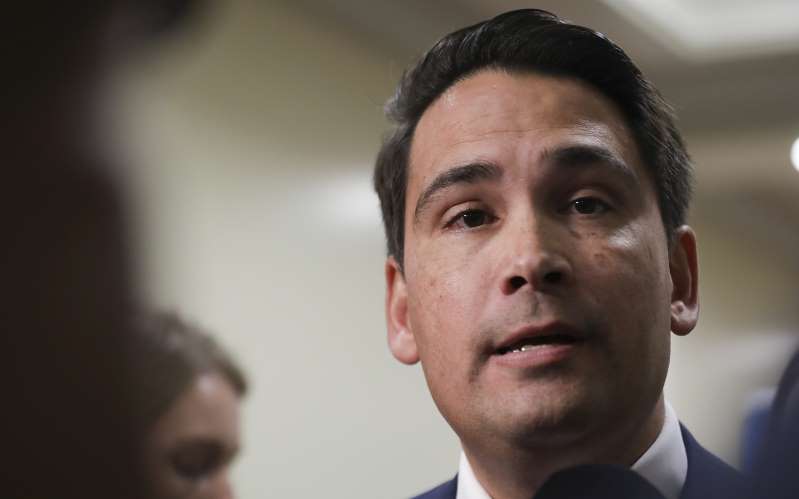 National leader Simon Bridges says the Police Minister’s argument that the increase in gang numbers is being driven by criminals deported from Australia doesn’t ring true – and this is a homegrown issue.

About 1400 people have joined gangs since October 2017, boosting their total numbers by a quarter.

Mr Bridges said Stuart Nash using Australian deportees as a scapegoat doesn’t wash, when by his own admission in response to a written question last month, only 22 people came back to New Zealand with gang links since November 2017.

“That indicates that this is much more of a home-grown story. Stuart Nash needs to stop making excuses and explain what’s going on here”, he said.

But Mr Nash said National had missed the point.

“These returning offenders are bringing a level of professional business organisation to the methamphetamine trade, which has not been seen before. They have transnational connections to organised crime networks,” Mr Nash said.

“The huge profits which can be made from methamphetamine are driving gang recruitment, as gangs seek to be a part of the distribution networks.”

Dr Gilbert said in 2011, the arrival of the Rebels in New Zealand made gangs more appealing to younger members, which led to more recruitment.

“It’s not an easy story to tell, but we ought not be suckered by cheap political rhetoric either,” he said.

“Opposition parties always talk about the gangs in these ways, it started before the 1972 election when Norman Kirk promised to take the bikes off the bikies and it has happened ever since.

“So we shouldn’t be surprised by this, but no, we can’t see that this trend is something that happened under the Labour government, in fact it started many years before that.”

But Mr Bridges rejected suggestions of political cynicism and said National was raising the issue of gang numbers now because the figures spoke for themselves.

Black Power representative Dennis O’Reilly said the rise in methamphetamine demand was what was luring more people into gangs.

“We’re under, in a sense, chemical attack from abroad. We’re having methamphetamine being pumped into our country like you wouldn’t believe, primarily from China.

“My brothers and sisters who are in gangs get blinded by hyper-materialism and a quick dollar”, he said.

“Emphasis on mental health and addiction and the investment there, the arm of the police has been strengthened quite mightily. I think they’re probably on the right path but it will take a while to come through”, Mr O’Reilly said.

“Hate is an emotion. It’s not a very good principal on which to base policy.

“Do we have a problem? Absolutely, but hating on them isn’t going to deliver us answers”, Mr O’Reilly said.

Stuart Nash said National was big on slogans, but weak on action.

He said through more front-line police, and by reducing the demand and supply of drugs, the government was sending “a powerful message to gangs that crime does not pay and they will not profit from their offending”.