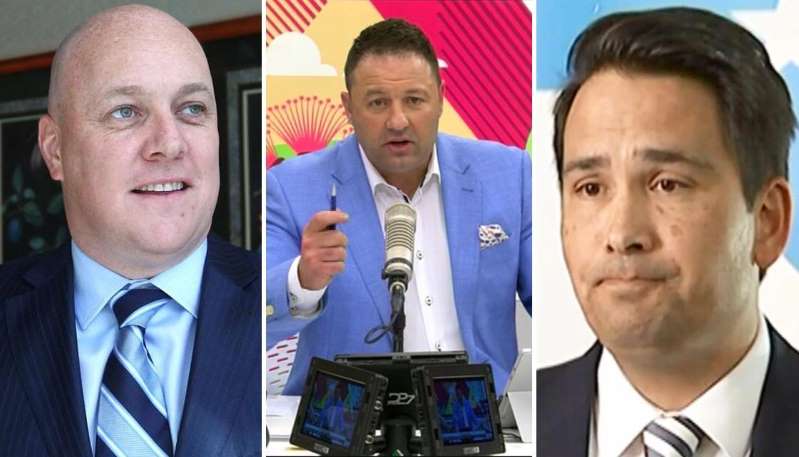 OPINION: The world’s worst-kept ambition is out – I call it ambition because it wasn’t a secret, open secret maybe, but outgoing Air NZ boss Christopher Luxon has confirmed he wants to be a National MP.

Shock and horror. I thought he mentioned he was looking at voluntary and charity work too. No one believed that. It seems he was really only swimming in one pool.

So, Luxon is hoping to stand in the next election for the party. He has no seat guaranteed yet but says he wants to win the Botany nomination for National. The seat is vacant because of the brain explosion that goes by the name Jami-Lee Ross.

Ross has reacted to the news with another brain fart, calling it “arrogant”.

Bridges is toast, but Jami-Lee, it is you who has just one year left. Enjoy it, because next election you will be annihilated and you know this.

First to react to Luxon’s announcement was John Key, who says Luxon is world-class. So, the mentor praises the student and says do it like me mate and you’ll be Prime Minister.

Maybe, maybe not. But making it in business is no sure bet that you’ll be a fine MP or Prime Minister.

You must have empathy and there’s no getting around the hard work.

But more than anything, politics is about how you make your own luck too and Key had it mapped out and controlled it.

I sense Luxon is fulfilling a longheld dream and there’s nothing wrong with that, but if it looks too much like a box-ticking exercise for Luxon to have a status job in retirement, then his enemies will come from within.

Make no mistake, this is an open challenge to Simon Bridges and he knows it, hence his silence. Give it no oxygen.

New Zealand’s carbon emissions may seem to some like an impossible feat right now.

China to cut ground troops as it begins deploying personnel at...