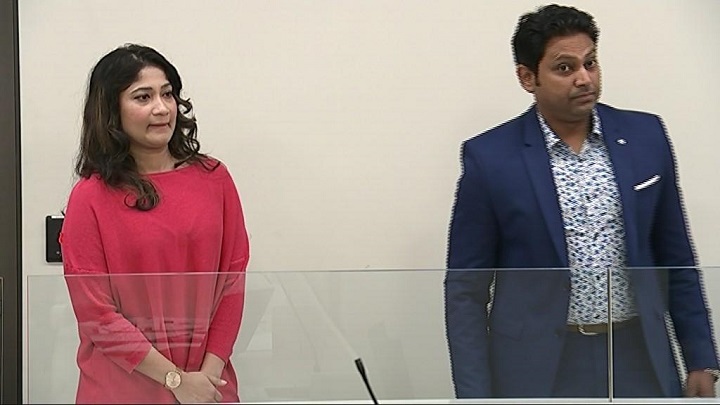 The owners of an Auckland confectionary shop have been jailed for worker exploitation. Mohammed Atiqul Islam faced 20 charges in total, and was on Friday sentenced to four years and five months in prison. Those charges included 10 for exploitation, two for aiding and abetting a person to breach visa conditions, five for providing false and misleading information to an immigration officer, and two for attempting to pervert the course of justice.

Meanwhile Nafisa Ahmed has been ordered to serve two years and six months behind bars after being found guilty on seven exploitation charges. Earlier, a Crown lawyer submitted that Ahmed was not a “silent partner” as she described herself, and that Islam had shown no remorse. Their victims said they had swollen legs and hands and “thought they might die from overwork”.

Judge Gibson was damning when she spoke of Islam and Ahmed’s offences. “You were paying hourly rates well below minimum, $6 an hour, no holiday pay, not paying for all hours worked, encouraging workers to breach visa conditions. Mr Islam confiscated two passports and held them, and in the end the workers involved police.

“You had a café to sell Bengali sweets by two chefs from overseas you’d brought in who were experienced at it. You were found guilty… One chef did not speak English, the other was completely illiterate. You exploited café staff and chefs.

“I don’t accept though that this was simply a cash flow issue. You exploited people, though neither of you take any responsibility or express any remorse. You didn’t just arrive from another country; you’ve both been here a number or years and you are both university-educated.”

One of the workers claimed he worked 14 hours a day, seven days a week. He said he was exhausted and was told that if he didn’t like it, he could go back to Bangladesh.  One victim calculates under New Zealand law he would be owed $54,000 in lost wages.

Another calculates he’s owed more than $100,000 and never had a day off in the first 14 months. On the day he arrived in New Zealand, his passport was confiscated and that left him feeling trapped and unable to look for other work. Immigration New Zealand Assistant General Manager Pete Devoy is pleased with the outcome.

“This is a clear signal from the Court that exploitation is viewed as a serious offence, and it is criminal offending we don’t want in New Zealand society,” he said. “This type of offending erodes the dignity of the victims. I’m pleased for them that they have been listened to and believed by the jury.

“I thank them for their strength of character in bringing these matters to our attention and following them through to trial. It’s an ordeal they should not have had to face.” But defence lawyer Ron Mansfield said the working conditions were not as grave as their former employees stated. When Judge Gibson explained that one of the employees said he couldn’t go to a mosque for an entire year because he was working so hard, Mansfield argued those claims were exaggerated.