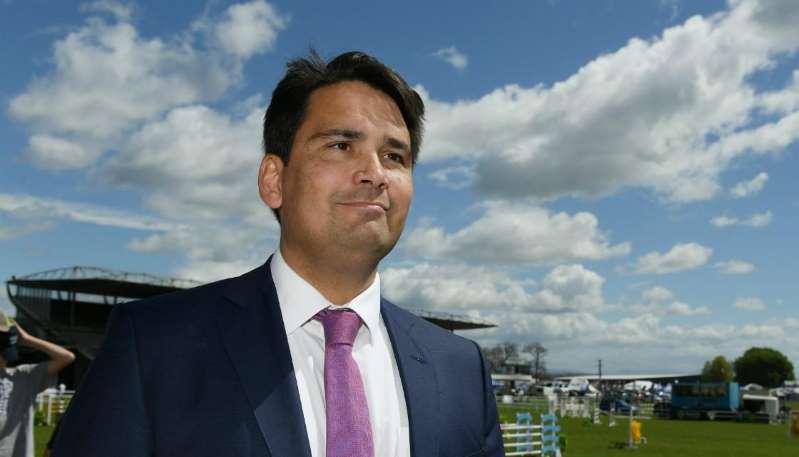 Simon Bridges is questioning the Government’s plan to phase out more single-use plastics, mocking what he described as “banning small labels on apples” as “hardly transformational”.

Bridges, leader of the Opposition, described the Government as “distracted”, telling Magic Talk’s Peter Williams their focus should be on infrastructure and reducing costs for Kiwi families.

“When you can’t run the economy, when you can’t build big roads, you’re banning plastic forks… That’s fundamentally what it comes down to.”

The first target will be to move away from single-use packaging such as non-compostable fruit stickers and beverage containers made of hard-to-recycle PVC and polystyrene.

Other products to be phased out include polystyrene meat trays, cups and takeaway food containers, which in future will need to be made from recyclable alternatives like PET, HDPE and polypropylene.

Bridges said he didn’t mean to sound “dismissive” and “cynical”. But he said the Government is focused on the wrong things, suggesting infrastructure should be prioritised over “banning plastic forks and stickers on apples”.

Associate Environment Minister Eugenie Sage says the Government is just getting started, telling The AM Show the Ministry for the Environment is expected to come back with phase-out recommendations in six months.

The recommendations to Cabinet will likely include a comprehensive container deposit scheme, but that could be a couple of years away, Sage said.

“I know that sounds a long time away and people want to go faster, but actually designing a good scheme so that it works [takes time].”

Prime Minister Jacinda Ardern said many New Zealanders, including children, write to her about plastic concerned with its proliferation.

“I share this concern for our natural environment  one that sustains our tourism, trade and our national identity.”

“The issue is, these guys have got to the end of their second year and they’ve done diddlysquat… That’s sort of where we are at – too little too late.”

It follows the Government’s announcement earlier this month that nearly every state school will receive a $400 million capital injection next year valued at $693 per student to bring forward school property improvements.

Bridges said he’s heard whisperings the upcoming announcement could be rail-related. He said while that’s “nice”, rail is “not where the vast majority of us spend our time”.

“The economy continues to slow, you’ve got costs on Kiwi families going up, you’ve got no significant infrastructure; this is a Government that seems distracted.”

The National leader blasted the Government for not progressing several roading projects – including the Auckland East-West Link – that were announced when National was in power.

Robertson has pushed back against accusations the Government cancelled roading projects, saying the former National-led Government left “empty promises” that had not yet been paid for.

The Finance Minister said the Government has made progress on regional roads and “making sure we upgrade the safety of our roads”.

No water or electricity on Kadavu Island