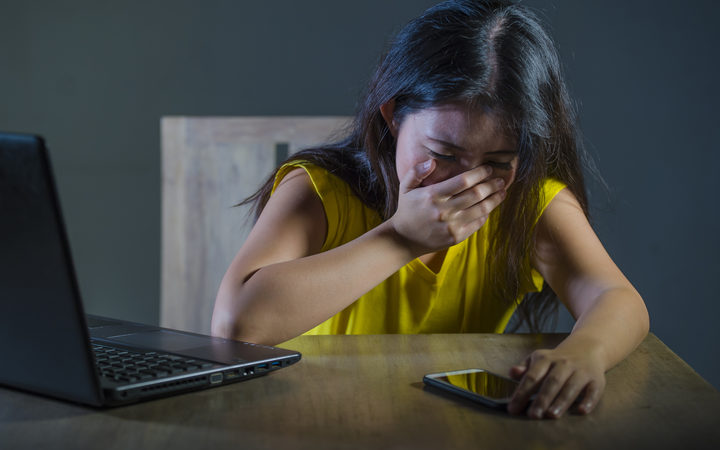 Bullying in schools is intolerably high and most children say the strategies they are taught for dealing with bullies do not work, an Education Review Office (ERO) report says.

The report – which surveyed 10,940 in 136 schools at the beginning of last year – said nearly half of primary school children and a third of teenagers reported being bullied in the past month when they responded last year.

However, the true rate of bullying might be even higher because a quarter of the students who said they had not been bullied also reported that they had been subjected to negative behaviour such as being threatened or assaulted.

“The prevalence of bullying in New Zealand schools is intolerably high, and the impact of bullying on student wellbeing and achievement is significant,” the report said.

The report found boys were more likely to be bullied than girls but gender-diverse children suffered most, with 58 percent saying they had been bullied at school. Bullying rates were also high for Māori students (42 percent) and Pākehā students (40 percent).

Name-calling, put-downs and teasing were one of the most common forms of bullying with 36 percent of children saying they were subjected to such abuse at least once a month, and some said they experienced it every day.

The most common forms of bullying:

Nearly one quarter of students said they had been hit, pushed, kicked, punched or choked at least once a month, and 12 percent had suffered cyber-bullying via their phone or computer in the past month.

The report said most schools were trying to combat bullying but at one in five schools that work was limited, and few schools were monitoring how well their interventions were working.

“Bullying in New Zealand schools has been an issue that’s been identified for quite some time by both New Zealand and international studies, so what we found is really in line with what we already knew. It is disappointing.”

Students said they had learned to report incidents to teachers or other adults, walk away from or ignore the bullying, or non-violently confront the bully either on their own or others’ behalf.

Dr Shaw said bullying was not isolated to some schools, and while it was worse at the roughly one in five schools that had not been teaching response methods, it was still happening at the schools that were.

“We all want to have bullying-free, but schools need to do a bit more to prevent, to lower those rates of bullying and then how they respond.”

The report also said most students who had used bullying strategies found they did not work.

“Thirty-five percent of students who responded to this question said the bullying stopped. However, the most commonly identified outcome [44 percent] was that bullying stopped for a while and then started again.

“Sixteen percent of respondents indicated the bullying continued, and five percent said the bullying got worse as a result of what they had tried.

“In most of the schools we visited, most students were confident that teachers and leaders in their schools would, and did respond effectively to bullying incidents.”

Dr Shaw said that the most common response was to tell someone about bullying, but gender diverse students in particular were not comfortable doing that.

She said three aspects of the anti-bullying framework were not being well implemented.

“Those were student agency, so our kids and our young people having more of a voice in what happens in these schools around bullying prevention and response; engaging with parents and whānau; and schools using data so they can find out what’s happening in their school and where they need to target their prevention and response.”

In a few schools, students expressed a lack of confidence in their school’s response to bullying.

The report said the root of the problem lay beyond the school gate, noting that New Zealand also had poor figures for family and sexual violence and for workplace bullying. It said the problem was a societal one. Schools could play a significant part in addressing it, but the responsibility to bring about lasting change was shared by communities, whānau, and individuals across New Zealand, the report stated.

That was a theme echoed by Dr Shaw.

“I don’t think this is just a problem for schools. New Zealand’s got issues with workplace bullying, child abuse, family violence, sexual assault. This is a broader societal issue and adults also need to be thinking about the part that they play in this, are they modelling the healthy respectful relationships that we want our kids to have?

“Bullying is not just something that happens, it’s not just made up, it’s learnt from watching other people exhibit those behaviours themselves.”

The report said students wanted teachers to take allegations of bullying seriously, get both sides of the story and stop any further bullying from happening.

Many students took a compassionate approach, and expressed the idea that teachers should check on the bully’s wellbeing, recognising there could be underlying causes of the behaviour.

The report said persistently high rates of bullying showed there was no silver bullet for dealing with the problem.

“Many of the most salient drivers of bullying may be beyond schools’ direct control, related to parental attitudes, and broader societal issues,” the report said.