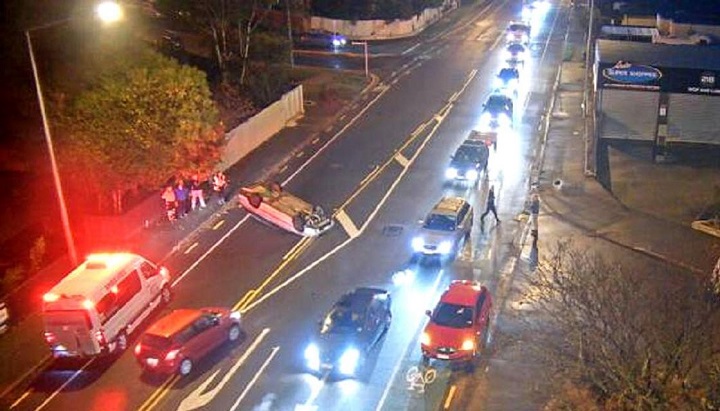 A car has ended up on its roof in central Christchurch in an early morning crash, blocking the road and closing one lane. The accident happened about 6:40am on Friday, blocking the northbound lane of Hills Rd, Mairehau. A photo from the Christchurch Transport Operations Centre shows the car on its roof.

“Emergency services are on site and road users should use Marshland Rd or Cranford St for northbound travel until this has been cleared,” a spokesman said. A police spokeswoman told Newshub it was not clear how the car ended up on its roof.

A tow truck had been organised, she said. There did not appear to be any injuries.

NATIONAL NEWS: It will be a wet and stormy day for some parts of the country.

Sold out Sevens kick off next year