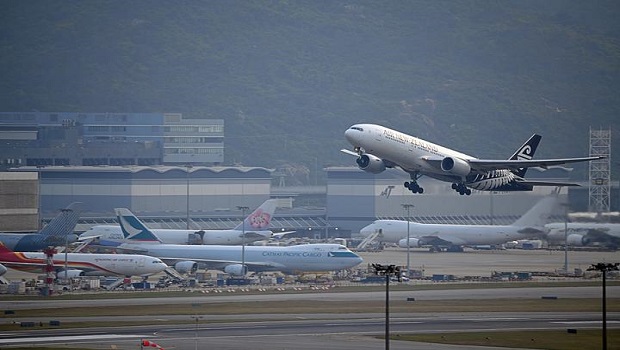 A government-chartered Air New Zealand plane is set to arrive in Auckland from the novel coronavirus-stricken Wuhan about 4pm on Wednesday with 70 New Zealanders on board.

Air New Zealand’s chief pilot David Morgan said the total of 250 passengers on board would be a mix of New Zealanders, Australians and Pacific Islanders. He didn’t have a breakdown on the exact numbers.

The Ministry of Health and the Ministry of Foreign Affairs and Trade (MFAT) were organising pre-flight screening for passengers to make sure they were healthy and not showing any symptoms of the virus, Morgan said.

“It’s a screening process to make sure that they are asymptomatic. The Air New Zealand medical team are also involved in providing advice to the company with regard to that process. I’m not actually sure of the actual clinical practice but they will be screened,” he said.

“The cabin crew and pilot safety is our absolute priority … what we have determined as a protocol for the crew, particularly the cabin crew who will be engaging with the passengers, is personal protection equipment which will consist of the appropriate surgical masks and gloves. They won’t be wearing gowns or anything like that, that’s deemed to have been not necessary by the Ministry of Health and Air New Zealand medical staff.”

Personal protection for passengers will be up to the individual.

There will be a number of medical staff on board including St Johns crew and a doctor and Air New Zealand’s deputy chief medical officer, plus medical equipment on the aircraft.

When the flight arrived at the border there would be a “normal process of facilitation”, Morgan said.

“We do know as far as our crew is concerned, given the protocols we have put in place, there will be no extra process for the crew and they will be free to depart.”

Asked about the $500 fee being charged for the flight, Morgan said: “It’s the government who are imposing the charge … that’s really an issue for the Ministry of Foreign Affairs and Trade.”

Seventeen countries have now run special flights to evacuate foreign nationals from Wuhan, China, the epicentre of the coronavirus outbreak.

International Air Transport Association (IATA) medical adviser David Powell said “they will be taking precautions including screening to make sure that people are well when they fly and they will prepare with some degree of personal protection – masks and gloves and so on.

“The most important thing, contrary to popular belief, isn’t masks, it’s about meticulous hand hygiene because respiratory viruses get transferred more efficiently by touch than by breathing.”

IATA had number of guidelines for cabin crew for such situations, he said.

“We’ve got experience built over the years from SARS, swine flu and so on and they are to do with if somebody is unwell onboard, trying to make sure that person isn’t moved away from other people and anyone who is up close and dealing with them temporarily has gloves and masks, but to offer the person who is unwell a mask to wear and to report ahead to the ground-based medical advice and try to make sure the authorities on the ground are aware of them before they arrive.”

The industry was well prepared and tested through previous virus outbreaks, Powell said.

IATA supported a WHO approach to coordinating a response to coronavirus and that included its recommendation to not close borders, he said.

“It’s not for IATA to comment on individual countries but we certainly favour a joined-up international response and that is what WHO is pushing for.”

Featured image: The plane is set to land in Hong Kong before making its way to Wuhan to pick up New Zealanders. Photo: 123RF