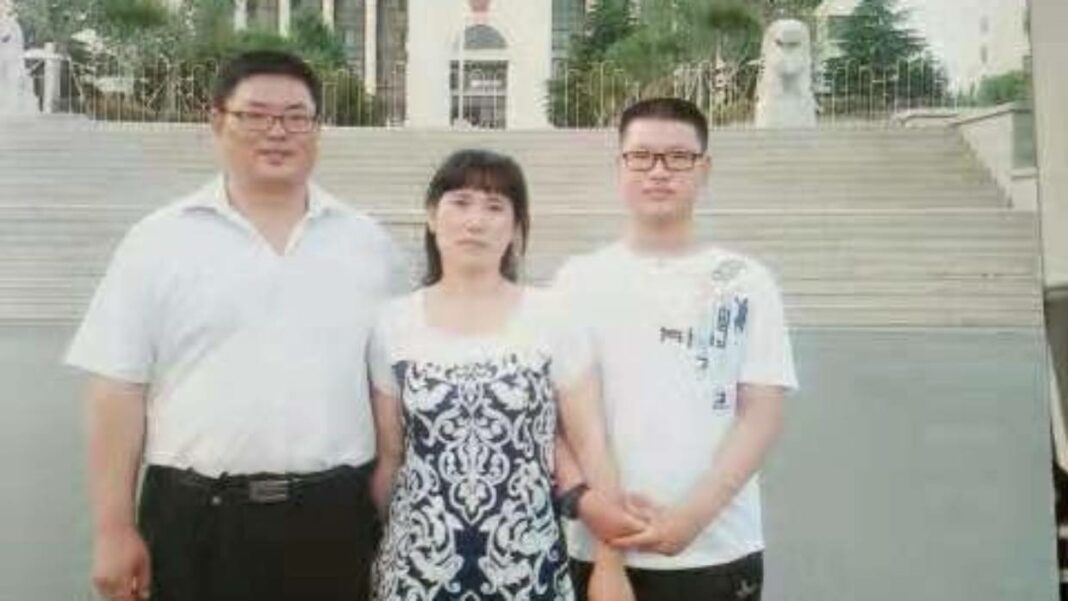 Construction in Auckland relies on migrant workers to fill a labour shortage. Migrants are sold a dream but the reality can be under the table jobs that don’t guarantee pay or safety, Harrison Christian writes.

Du Xiangli has spent months trying to piece together her husband’s life in New Zealand: What led to his death, and why can’t she find any trace of his employer?

Du’s husband, Yu Xingming, died in a fall at a residential building site in the West Auckland suburb of Hobsonville earlier this year.

In the midst of a construction boom, the country is increasingly turning to migrants to fill a skill and labour shortage. This year there are almost 60,000 construction workers in New Zealand who were born overseas – a quarter of the total workforce.

Auckland needs all the labour it can get. The sector is predicted to grow by 70 percent in the next decade, with an extra 56,000 workers needed.

But the influx of foreign workers has been tainted by exploitation cases and raises the question of whether migrants are afforded the same employment rights as New Zealanders.

Yu Xingming was working for cash, rendering him invisible to the authorities.

Du says she has yet to receive any explanation or compensation over his accident. In fact, it still isn’t clear exactly who her husband was working for.

‘HE DIED FOR HIS EMPLOYER’

Speaking from Shandong Province in eastern China, Du said Yu got his work visa after paying almost $30,000 to an intermediary in China.

The agency held itself out to be an official immigration service and submitted Yu’s application to Immigration NZ (INZ) on his behalf.

The visa was granted, and the 45-year-old came to New Zealand in 2015 with the intention of supporting his family back in China.

In Auckland, he met a Chinese man who offered him a job in construction paying $2000 a month, his wife said.

In late 2015 he began living on the man’s property in Schnapper Rock on Auckland’s North Shore.

Du said her husband didn’t have an employment contract and received his pay in cash every two or three months.

His payments were often late, she said. His wife had to wire him two separate payments of about $13,000 to help with living costs.

In May, the man Yu was living with contacted her to say her husband had died in a fall at work. He shipped Yu’s clothes and shoes back to Shandong.

That was the last Du heard from him.

Du said she had twice travelled to New Zealand and tried to meet with the man about the death, but each time he didn’t return her calls or messages.

“My husband died for his employer. At the very least, he needs to face the family with an explanation.”

While she believed her husband was under the man’s employ, she admitted she didn’t have “strong evidence” to prove it.

She doesn’t speak English and has had a hard time following up with New Zealand authorities.

“I reported the case to the New Zealand Police. The police station didn’t give me a report number. I don’t know what to do.”

‘HE WAS MY GUEST’

Reached on the phone, the man who owns the North Shore property where Yu lived denied he was Yu’s boss.

He then hung up the phone and didn’t respond to further questions.

A WorkSafe spokesperson said the regulator was still investigating the death and couldn’t provide further comment.

Immigration NZ said it was unable to comment on Yu’s case while the WorkSafe investigation was underway.

Du described her husband as hard-working and devoted to his family. He was the breadwinner. There was no hope of recovering the thousands of dollars they spent on his work visa.

The house where Yu died is located in an upmarket new development. A “sold” sign is planted freshly out the front. It has a quotable value of almost $2 million.

The new owner didn’t have any details about the previous work on the house and the agent who sold the property declined to comment.

In January, more than 40 Chinese construction workers said they had not been given the wages or accommodation they were promised after they were recruited by National Personnel Ltd (NPL) to work in New Zealand. The men have since reached a confidential settlement with NPL.

Unite Union national director Mike Treen, who represented the workers, said he noticed it was easy for them to find under the table work from both Chinese and Kiwi companies during their time in New Zealand.

“In the INZ application for their visa, a company might be nominated, but INZ doesn’t seem to follow or check that the contract they were told they were going to be working under is actually happening.”

He said 11 of the workers went on to do a job for a subcontractor on a building site at Auckland University in April.

The workers had no employment contract and the subcontractor refused to pay several thousand dollars they were owed, Treen said.

“This was a major construction site, but they had a cowboy at the bottom doing gib.

“Because of the subcontracting model, all they’ve got is a contract for the gib. Nobody’s inspecting whether the workers that work for the subcontractor are here legally or registered for IRD.”

Treen said Yu Xingming would have been “bonded to his employer” through his visa, “but the employer would be supplying him like slave labour, to some other person.

‘AN AFFRONT TO HUMANITY’

INZ’s general manager of border and visa operations, Nicola Hogg, said the agency was aware of migrants working illegally in various sectors and described it as a “serious concern, whether it is by choice or coercion”.

An essential skills work visa specifies which employer the person can work for, and they can’t lawfully work for any other employer, Hogg said.

An employer who allows an unentitled person to work for them could face a fine of up to $50,000. Employers who exploit workers could face seven years in jail and a $100,000 fine.

She described exploitation as an affront to the humanity of exploited workers, legitimate businesses that were undercut by the practice, and New Zealand’s reputation.

As an example of INZ’s efforts to counter the problem, Hogg pointed to Operation Spectrum, which in early 2018 resulted in 54 Malaysian nationals being deported.

The operation discovered that Malaysian workers were being recruited via social media to work in the construction sector in New Zealand.

Once here the workers were paid in cash, paid no tax, and many remained unlawfully after their visa had expired.

In 2018 it visited four different residential developments in Auckland. From this, it found that 30 out of 44 small residential building businesses didn’t meet “basic requirements” under employment law, Borsboom said.

The regulator was also concerned by reports that workers were being “loaned out” to other companies.

“The Inspectorate is looking for businesses to take greater ownership for how workers are treated within their business and supply chains, including any subcontractors.”

Meanwhile, the Ministry for Business, Innovation and Employment was currently leading a review into the exploitation of temporary migrant workers in New Zealand. Feedback on proposals was due on Wednesday.

Support options for workers who are being exploited are available here. They can also contact INZ, the Labour Inspectorate, or CrimeStoppers on 0800 555 111.

Ministry had been warned over cancer screening system risks