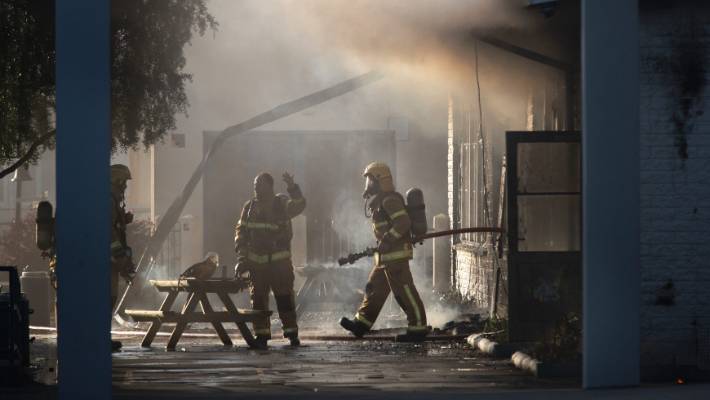 Four classrooms at Christchurch’s Russley School have been gutted by an early morning fire. Emergency services were called to the blaze at Russley School on Cutts Rd, Russley, about 7.10am on Tuesday. One witness said flames could be seen from the street.

Rooms 1-4, which accommodate the school’s year 7-8 students, were well involved, with smoke billowing out the classroom doors and flames visible from the roof. One of the first on the scene was Donna Barbet, who was walking her dog past Russley School at around 7.15am.

“I heard a loud bang … it wasn’t as loud as an explosion but it was a definite loud bang sound,” she said. “Then I smelled smoke and saw flames, so I quickly called 111 and waited until the first fire trucks arrived.”

By 8.30am, the fire was mostly under control but crews were still working to dampen down hot spots. According to the school’s Facebook page, students have been asked to “stay away until further notice”.

Tragedy :Mum Misses Her Son And Bread After Freak Accident