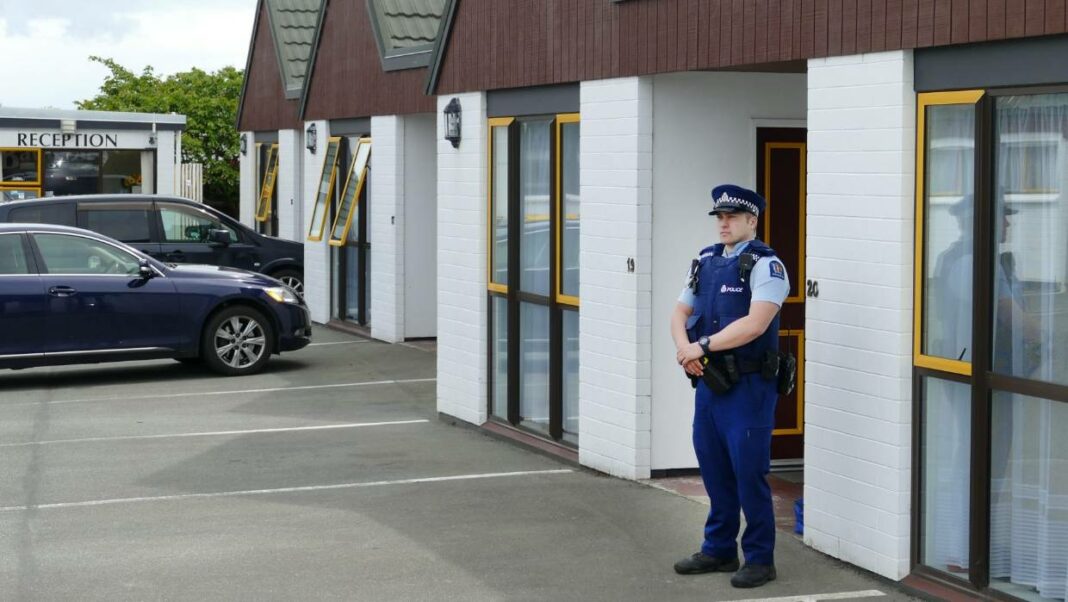 Police are seeking reports of any unusual activity or suspicious vehicles in a park and river after a woman’s body was found in motel unit.

Upon arrival, officers located the body of a woman.

Bowman said there had been no arrests on Sunday evening. He would not comment on whether there were any people of interest at this stage.

Police were also hoping to speak to anyone who may have seen any unusual activity or suspicious vehicles in the Fosbender Park and Oreti River areas near Dunns Rd between 3.30am and 9am on Sunday.

The woman’s body was found at the Bavarian Motel on North Rd, in Waikiwi.

Bavarian Motel owner Marshall Le said the incident was related to a guest staying at the motel, and staff were not involved.

“We don’t know what happened in the room,” Le said.

No-one was allowed into the motel room, and he had not been in there himself, he said.

Police were at the Bavarian Motel after manager Michelle Chang arrived at work.

She said she was shocked to find out police were investigating a homicide, and did not know why police were at the motel.

It was peak season so the motel was busy, Chang said.

“A scene guard is in place at the North Rd address while examinations are undertaken,” Bowman said.

“Support is being provided to the woman’s family.”

Police would like to speak to anyone who saw or heard anything suspicious in the North Rd area between Weka St and West Plains Rd, between 9pm on Saturday night and 9am Sunday.

A YEAR OF DEATHS

At least 117 people have died in suspicious circumstances in New Zealand in 2019. That number includes the 51 people killed in the March 15 Christchurch terror attack.

At the same time last year there had been 63 homicides. Last year’s toll closed at 78, the worst since 2009 when 94 people were killed.

On average, there are 70 homicides in New Zealand each year. The Homicide Report, a Stuff data investigation, shows that at least 1116 people – 298 women, 620 men, 198 young people – have been killed in New Zealand since January 1, 2004. (That figure includes police shootings, hunting accidents, and car crashes where someone is prosecuted for murder or manslaughter.)

More help has come through for people affected by Cyclone Yasa