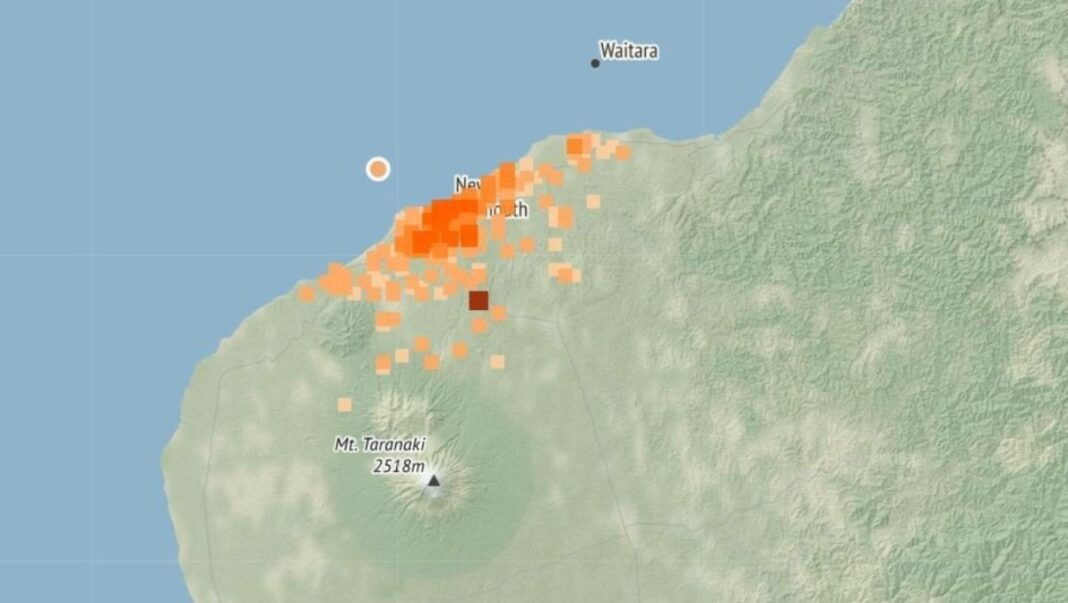 The quake struck at 9.21am and was centred five kilometres north-west of New Plymouth, according to the GeoNet website.

It was eight kilometres deep and classified as light shaking.

As at 9.40am, 1164 people had reported feeling the earthquake, with two saying it felt extreme and 31 saying it was strong.