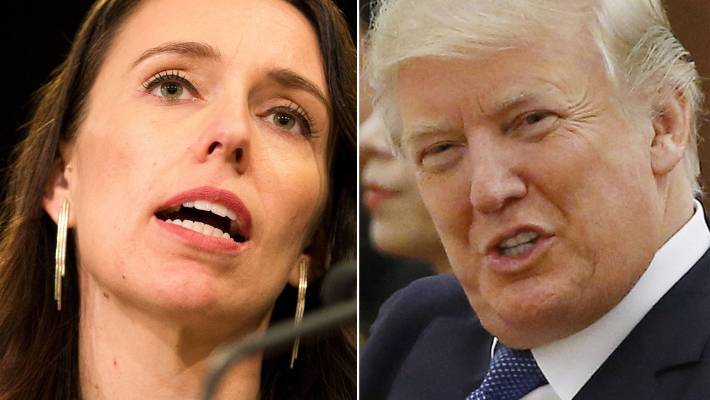 Prime Minister Jacinda Ardern will hold a formal bilateral meeting with US President Donald Trump in the United States next week. Ardern has previously met Trump informally on the sidelines of other events and has spoken with him on the phone but has never had a formal one-on-one meeting.

The meeting will happen on Monday, US time, when she is in New York for the United Nations General Assembly’s Leaders Week.

“I’m looking forward to discussing a wide range of international and regional issues with President Trump, including our cooperation in the Pacific and the trade relationship between our countries,” Ardern said in a statement.

“The US is a key security partner for New Zealand and an important trading partner. Two-way trade is over $18 billion, and there is strong support from the New Zealand business community to further strengthen our trade and economic ties.”

The prime minister has not travelled to the White House during her tenure yet, but Foreign Affairs Minister Winston Peters and Trade Minister David Parker have both visited.

The exact location of Ardern’s meeting with Trump is yet to be confirmed. At the UN, Ardern is planning a renewed push on her ‘Christchurch Call’ – a series of pledges for tech companies and countries to crack down on terrorist content online.

The US was a notable absence from the pledge, which was signed by New Zealand, France, Australia, France, the United Kingdom, and several other large nations. Ardern and Trump have not always seen eye-to-eye, with some in the media dubbing her an “anti-Trump.”

When Trump said in the hours following the March 15 terror attack that he didn’t think white nationalism was a growing threat Ardern made clear that she disagreed.

She said she “completely and utterly disagreed” with his comments concerning four Democratic congresswomen of colour who Trump suggested should “go back” to where they came from.

Ardern marched in the Women’s March against Trump before becoming leader of her party, and he reportedly confused her for Canadian Prime Minister Justin Trudeau’s wife early in her tenure. The prime minister is travelling to the States following a trip to Japan, where she will attend a Rugby World Cup game and meet with Prime Minister Shinzo Abe.

“Japan is one of New Zealand’s most important partners, and I look forward to discussing ways to do more together in our region, in partnership with our Pacific neighbours. We will also exchange perspectives on regional security issues like North Korea,” Ardern said in a statement.

Future of Wellington Sevens in jeopardy with crowd numbers ‘not viable’...