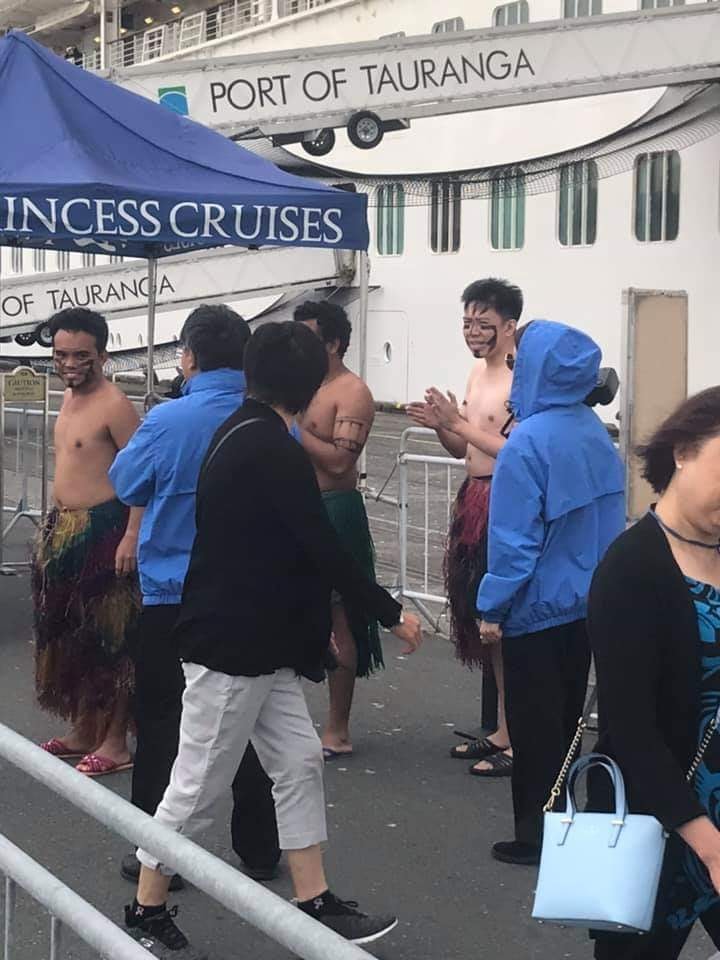 Photos of non-Māori men wearing “scribbles” on their faces and performing a pōwhiri at the Port of Tauranga have been slammed as “distasteful” and “disrespectful”.

The photos were posted to social media on Monday. Facebook page “Steve the Māori” shared the images saying they were obtained from another private social media group.

In the pictures, a group of men appear to be presenting a pōwhiri to cruise ship passengers as they arrived at the Port of Tauranga on Monday morning.

The cruise ship company involved, Princess Cruises, addressed the photos saying “no offence was ever intended”. The New Zealand arm of the company sails around Australia, NZ and the South Pacific.

“We took immediate steps to address this sensitive situation,” a statement from the company said.

“After being made aware of the situation, the ship’s management team took action to withdraw the crew members from the area to prevent any further possibility of cultural insensitivity.”

Social media users meanwhile slammed the powhiri as a “disgrace”.

“It’s not only a mockery but distasteful and disrespectful,” one Facebook user commented.

“This is so not how I want my country portrayed to the thousands that come through our ports,” another said.