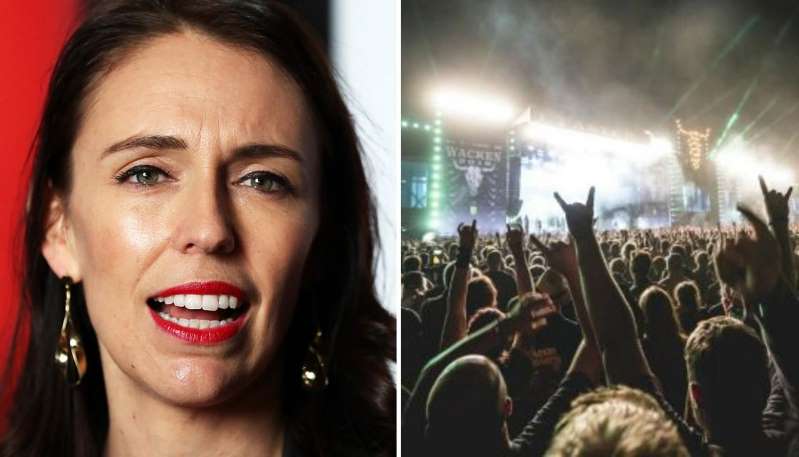 Four people were hospitalized on Friday after consuming illicit drugs at a concert, reinvigorating debate about whether volunteer organizations should be allowed to provide drug testing services at festivals.

Organizations, such as Know Your Stuff NZ, have been carrying out the service in New Zealand for about four years, but it exists in a legal grey area.

Prime Minister Jacinda Ardern supports clarifying the law to allow the services at festivals, but there has been opposition from her coalition partner New Zealand First. The party’s law and order spokesperson Darroch Ball says drug checking would send the wrong message and could legitimize or encourage drug use.

Ardern told The AM Show that the services help reduce harm and keep youngsters safe.

“This is not about condoning the activity, it is about accepting what’s happening and saying let’s make it safe,” she said.

“We could create more clarity… I think there are good grounds for it, as I say, I support it.”

Despite the difference in views between Ardern and Ball, she said New Zealand First’s support for any legislative changes hasn’t been ruled out and she has had a conversation with leader Winston Peters about it.

“I would like the numbers to do that and we are working on that. It is not done and dusted yet, we are still having some conversations with colleagues in Parliament,” she said.

“We are still having conversations with New Zealand First.”

Her message to people opposing changes – which includes the National Party – is that the testing has been happening for years and it’s working.

“It has been working well to date so why wouldn’t we want to actually just remove the grey area.”

ACT Party leader David Seymour has thrown his support behind changes, challenging the Government on The AM Show on Monday to force a vote on the issue.

“You got a whole summer coming up and the chances are that somebody somewhere is going to do something stupid and somebody will die as a result, so let’s get the Government out of the way and let people help each other,” Seymour said.

“I would say to [Police Minister] Stuart Nash and Jacinda Ardern, summer is coming, you know what is going to happen, show some leadership, put a Bill up in the House, challenge everybody to vote it down.”

The Green Party also has a petition to “legalize drug checking to save lives this summer”.

Greens hit out at NZ First during campaign launch