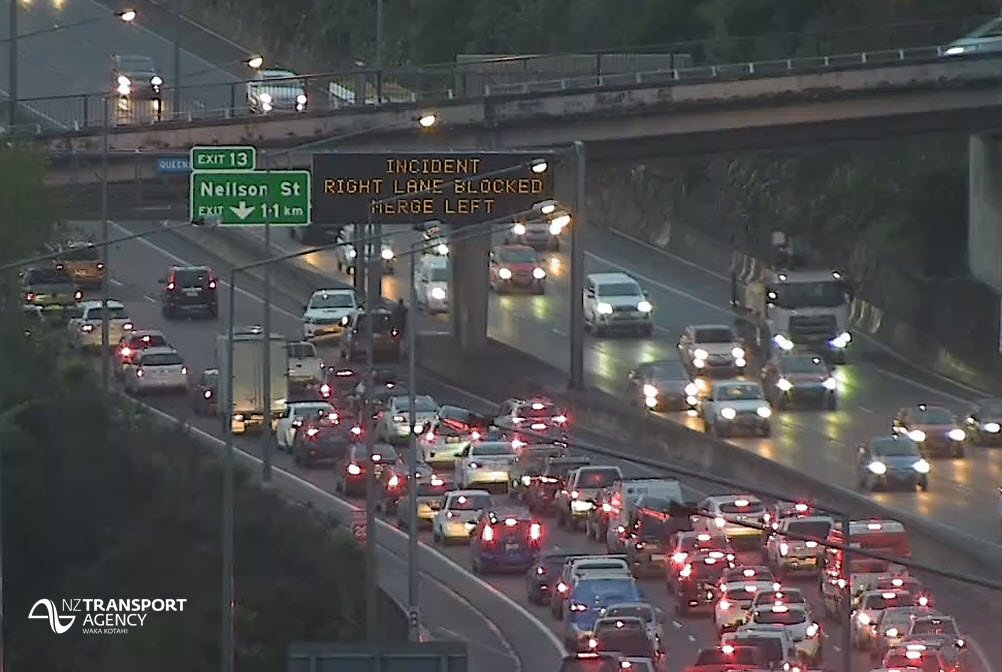 Huge plumes of smoke could be seen in Silverdale where a car caught fire on the Northern Motorway just after 7 am.

There was reduced visibility and motorists were warned to take extra care while passing the incident – which was affecting both directions of the motorway.

SH1 SOUTHERN MWY, NORTHBOUND – BREAKDOWN – 8:15AM
A breakdown is BLOCKING the left northbound lane near the Walter Strevens Dr over-bridge. Please pass the incident with care and expect delays from Papakura. ^MF pic.twitter.com/vBywg83MzQ

By 8.20am, the fire had been extinguished and all lanes had been cleared as towing services were being organized to remove the vehicle.

A Northern Fire Communications spokesman said one fire truck remained at the scene by that time. It is understood no one was injured.

Road authorities said despite lanes being cleared, motorists should expect delays as congestion starts to ease.

Just after 6.30am emergency crews were called to the Southern Motorway near the Hillsborough Rd on-ramp.

Traffic cameras showed two vehicles blocking the far-right southbound lane. At least one person could be seen standing outside one of the vehicles.

The area was cleared by 7 am, but people are being told: “Be prepared for some delays.”

NZTA asked motorists to pass the scene with care.

Police and emergency staff were also called to an earlier collision on the Upper Harbour Highway, eastbound, near the Tauhinu Rd off-ramp.

The crash happened about 6.15am and had been cleared by 6.30am. However, drivers in the area were told to expect some delays as a result.