Home News NATIONAL NEWS: When Aotearoa heats up from below 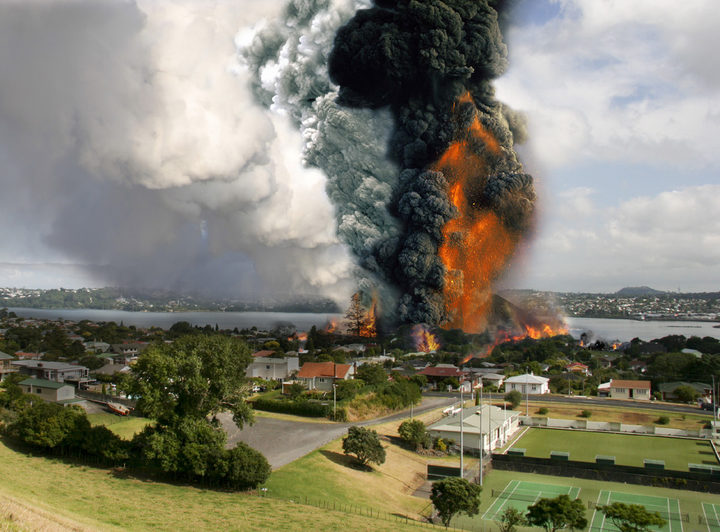 Primary schools practise fire and earthquake drills, and most people are aware they should head to higher ground in a tsunami.

However, some scientists in New Zealand are focused on a very different, albeit potentially much more destructive threat – volcanoes.

“We live in an extremely active place, geologically speaking,” says Tom Wilson, an associate professor in disaster risk and resilience at the University of Canterbury.

“If an eruption was to occur, we’d likely be looking at multiple billion dollars of loss.

“If for whatever reason we didn’t evacuate, we could be looking at many hundreds, potentially thousands losing their lives.”

New Zealand’s active volcanoes are in the North Island – and are mostly throughout the Tāupo volcanic zone which runs from Ruapehu to White Island.

“That’s a zone where we have a large amount of volcanism, and it’s been measured as some of the most productive volcanism on earth,” says Wilson.

He says most big eruptions over the centuries have come from ‘caldera’ volcanoes, like Tāupo and Okataina.

The most at risk of eruption now, he says, are “probably our cone volcanoes,” which have the classic volcanic cone shape – namely, Taranaki, Ruapehu, White Island, and Tongariro.

He says while those are capable of quite big eruptions, an eruption would probably look more like the Ruapehu eruption of 1995, where new magma interacted with the crater lake, resulting in an a series of explosive eruptions.

Is a heating crater lake a sign of imminent eruption?

What does it mean when Ruapehu’s crater lake heats up?

Wilson says it’s normal for the lake to warm and cool over the course of a year – but that doesn’t mean the change should be ignored.

“When it starts to heat up, one possibility is that there’s might be new magma coming in below … so it could be an indicator of a potential future eruption.”

When the crater lake gets to 40 degrees, GNS scientists will pay closer attention than normal -checking for swelling of the ground nearby and any other clues which would suggest it was about to blow.

When it comes to monitoring volcanoes, he says it’s easier to think of volcanoes as having their own unique personalities.

“Do you have a volcano that’s a stroppy beast, erupting quite frequently but quite small eruptions. Or is it a volcano that’s going to sit there for thousands of years, cool, calm and collected – but when it does erupt it’s big.”

“In a way, there’s been some wonderful land use planning where we’ve limited development around those volcanoes.”

He says eruptions can still create ashfall – although that presents more a nuisance than a threat.

But Wilson says the trickier one is Auckland.

“We’ve managed to build our most populous city right directly on top of the Auckland volcanic field.”

However, monitoring of the Auckland volcanic field shows a pattern where over the last 60,000 years, eruptions have grown more frequent.

He says because Auckland is a volcanic field, it’s hard to narrow down where the most likely eruption would be.

Wilson adds the other big concern is from the point we notice magma rising – through earthquakes – where we would likely only have three to five days until the magma reaches the surface.

Despite the risk, he says volcanic preparedness is just a part of living in New Zealand.

“The probability in any one day or year of it erupting’s quite low – but it’s the potential consequences of what it might do which makes it such an important risk.

“While the stakes are high, he says Auckland Civil Defence has “very mature plans” to evacuate people should an eruption occur.

Thousands more people are out of work as financial support offered...