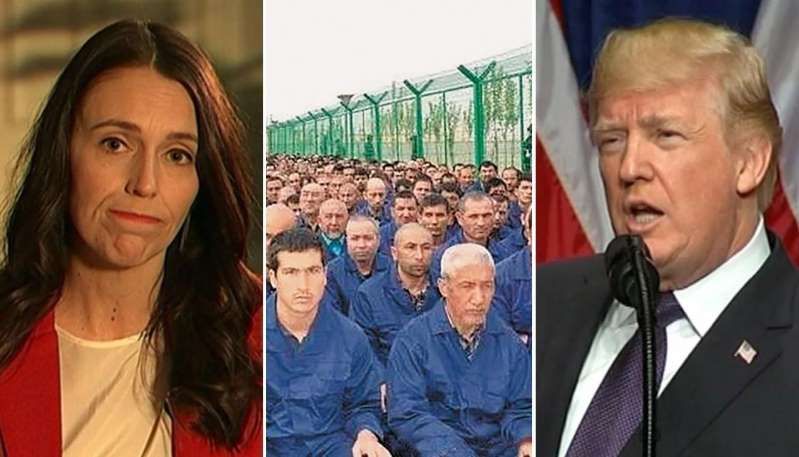 Editor’s note: The opinions in this article are the author’s, as published by our content partner, and do not necessarily represent the views of MSN or Microsoft.

When Jacinda Ardern called on Donald Trump to show sympathy and love for all Muslim communities after the Christchurch mosque attacks, she wasn’t talking about China’s one million-plus Muslims in detention camps who our Government has largely ignored

Ardern’s Government has been quiet on the crisis, expressing disapproval but being careful not to embarrass China over the issue for fear of trade repercussions.

But the Trump administration this week went far beyond that, lambasting the camps in the northwestern Xinjiang province in no uncertain terms and launching punitive actions.

US Secretary of State Mike Pompeo on Tuesday announced visa restrictions on Chinese officials accused of being involved in the mass internment of Uyghurs, Kazakhs and other minorities. The US commerce department also banned US companies from selling technology to bodies involved in surveillance in Xinjiang.

“China has forcibly detained over one million Muslims in a brutal, systematic campaign to erase religion and culture in Xinjiang. China must end its draconian surveillance and repression, release all those arbitrarily detained, and cease its coercion of Chinese Muslims abroad,” Pompeo said in a statement.

Those strong words make Ardern’s light chastisement of China look weak, and her call for compassion from Trump hypocritical.

When asked if she brought up Muslim internment camps on her recent trip to China, she said she “raised the issue [of human rights] directly” with President Xi Jinping and Premier Li Keqiang in Beijing.

“You can’t do much more than that,” she said.

She’s right, you can’t do much more if you’re worried about trade. There’s no doubt the Trump administration’s condemnation is not in some way influenced by the US’ on-going tit-for-tat trade war with China.

But actions mean more than words. Where Ardern and even Muslim powers like Saudi Arabia have been reticent on the issue, the Trump administration, widely condemned by many in the liberal West as anti-Muslim, has taken a tough line.

As is often the case in the West, liberal leaders jump on any sign of Islamophobia when committed by white and powerful people like Trump. He has deservedly been condemned for his anti-Muslim comments and policies.

But the worst perpetrators of Islamophobia aren’t in the West.

When an authoritarian superpower like China commits grievous human rights abuses against Uyghurs, or India launches a crackdown in Muslim Kashmir, those same critics who call out Trump become quiet.

It becomes too complicated when the perpetrators of Islamophobia aren’t privileged white folk.

But, if Ardern wants compassion and love for all Muslim communities, it needs to include those where the oppressor is our difficult friend too.

Defacto partner takes stand in the alleged rape case of a...