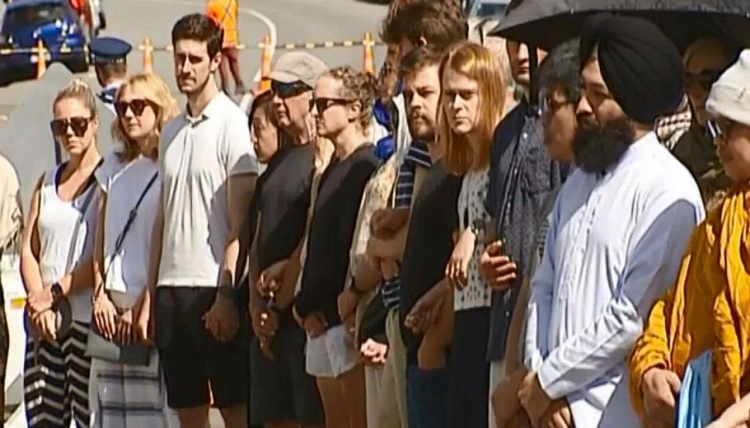 Outside of Christchurch, New Zealanders came together to pay tribute to the victims last week’s mosque attacks.

Wellington was brought to a silent standstill. Hundreds crowded the streets near Kilbirnie’s Mosque, forming a protective human chain around those there to pray.

Alongside the public, dignitaries, Muslim leaders and the Police Commissioner stood shoulder to shoulder.

“We are one community and to see everybody here in support is truly heart-warming,” said Police Commissioner Mike Bush.

Over at Parliament, thousands more crammed onto the forecourt to pay respects.

As the silence ended, one-thousand students from the Kapiti Coast and Porirua put on a massive haka.

The Governor General spoke to the group and reminded them not just to tolerate, but understand their fellow New Zealanders

“Our country will never be the same, there is a scar on our country,” said Dame Patsy Reddy.

The Governor General reminding Kiwis, we must be one people.

“If something could have come out of what’s been happening, I think this solidarity is a good start,” she continued.

The Muslim community are grateful for the love shown,

“The response we have from Friday until now I think we are stronger.” said Tahir Nawaz, CEO of the International Muslim Association of New Zealand.

Bonds that are stronger than they’ve ever been.

WORLD NEWS: Dominic Cummings will not leave or apologize for lockdown...