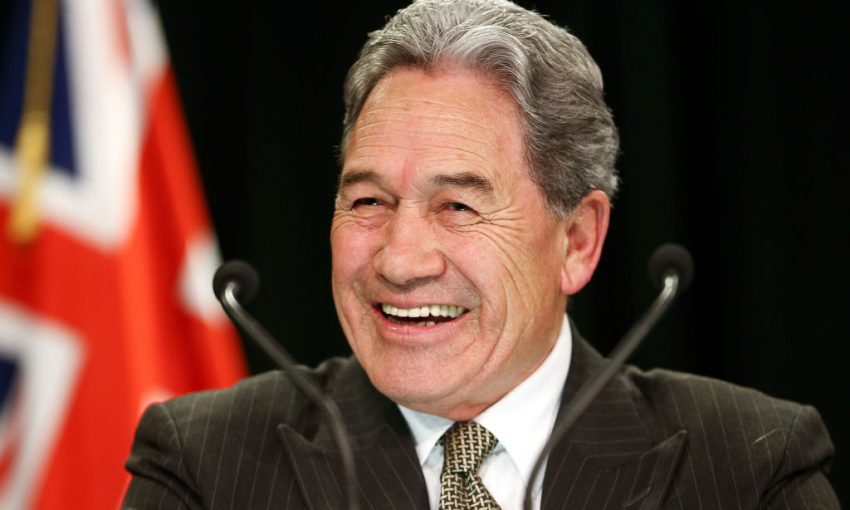 The executive branch and judiciary come face to face from Monday when the Acting Prime Minister’s case against the Crown and National over a leak of his superannuation overpayment is heard in the High Court.

Winston Peters will take time off his day job next week as his high-stakes court action begins against the head of the public service, a top mandarin, a government agency and two former National ministers.

His case alleging a breach of his privacy in the leaking in 2017 of his seven-year national superannuation overpayment starts in the High Court at Auckland on Monday. Peters will be Acting PM on Sunday and Monday, until Jacinda Ardern touches down from her trip to the East Asia Summit in Bangkok on Tuesday.

The unusual government-politician-versus-government-officials case will coincide at the court next week with the trial of a man for the high-profile murder of British tourist Grace Millane.

A lawyer for New Zealand First leader Peters will set out the MP’s case against the Attorney-General (on behalf of the Ministry of Social Development), the ministry’s chief executive, the State Services Commissioner and former ministers Anne Tolley and Paula Bennett, from Monday morning. Peters is set to take the stand later that day and remain there through Tuesday as he gives his evidence and then faces cross examination by the Crown’s Victoria Casey QC and the ministers’ lawyer Bruce Gray QC.

Peters’ case has moved from an initial focus against the two National politicians for leaking the details of his overpayment, to now claiming the government departments and officials breached his privacy in advising the ministers. Further, he has accused the officials of being reckless and acting in bad faith, and the Crown is defending that allegation with vigour.

The Deputy PM wants $450,000 in damages from each of the named defendants, meaning a total of $1.8 million if he pursues all of those monetary claims listed in early court documents. Any damages awarded would be covered by the taxpayer under an arrangement authorised by the Cabinet. Taxpayers are also paying for the two Queens Counsel and legal teams.

The witness list for the Crown includes the former head of the Prime Minister’s Department, Sir Maarten Wevers, the State Services Commissioner Peter Hughes, the chief executive of MSD, Brendan Boyle and a range of officials. Crucially, MSD employees who were directly involved with Peters’ original application for superannuation in 2010 and who recall their interactions, will also give evidence.

Peters has implied publicly that MSD made the error in which he was recorded on that application as single rather than in the de factor relationship with Jan Trotman that he was in at the time. Court documents show that in ‘interrogatories’ – or questions asked by the Crown in advance of the hearing – Peters acknowledged he could have received a letter in 2014 asking him to check the details on that 2010 application, but does not recall that and did not read it if it did arrive.

Trotman is also set to give evidence in the case. It was her application in 2017 for her own superannuation that brought Peters’ overpayment to light. He repaid up to $18,000 after being contacted by MSD and issued a press statement a month before the election revealing the overpayment and resolution, once media began inquiring.

The ministry, after taking advice from Hughes and the Solicitor-General, had decided under the public service’s standing ‘no surprises policy’ to inform Tolley, as Minister of Social Development, once the Peters matter had been resolved. Hughes advised his minister, Bennett, on the same basis.

Newsroom and Newshub were two media organisations that received anonymous calls alerting them to the overpayment and were initially subject to Peters’ legal demand to reveal phone, electronic communication records and any journalistic notes. The demand was refused and Peters abandoned that action.

When the news of his overpayment broke, a longtime press gallery associate of Peters, NewstalkZB political editor Barry Soper, criticised the media coverage as a political attack and alleged National had leaked the information.

Soper will be one of Peters’ early witnesses in the case next week, speaking as an expert on NZ politics and of his views on National’s alleged involvement.

Peters is also calling two officials, who are named in court papers as ‘H’ and ‘M’, who will give evidence on practices in the ministry and in the office of the social development minister.

They do not include the former Senior Private Secretary for Deputy Prime Minister Bennett, Helen Lahtinen who is, in the way of the politically-neutral civil service, now Senior Private Secretary to Deputy Prime Minister Winston Peters. It is understood she was one of many questioned originally as part of a State Services Commission inquiry but had no knowledge of the Peters information.

Up to 40 separate officials had been privy to some part of the information about Peters’ overpayment ahead of the no surprises advice to the ministers. Inquiries by the commission, Internal Affairs  and Inland Revenue revealed that all denied having leaked the material, as did Tolley and Bennett – plus former Prime Minister Bill English, English’s former chief of staff Wayne Eagleson, National’s campaign chair Steven Joyce and a National campaign official – in sworn affidavits.

The hearing is set down for three weeks. Bennett and Tolley could be in the witness stand from Thursday, and can also expect to be cross-examined by Peters’ lawyer Brian Henry, a one-time advocate for the former Dirty Politics blogger Whaleoil, aka Cameron Slater.

Peters’ lawyers filed the first application in this case – featuring the various National Party figures named above – the day before the September 2017 election and then proceeded to negotiate ‘in good faith’ with both National and Labour, before serving the papers on the National MPs and others after the Labour coalition was formed.

Fiji is lucky to celebrate all cultural festivities: A-G